Ireland’s Brexit Budget 2020 a cautious one

Finance Minister delivered a cautious €2.9 billion budget for 2020. He said it was based on the increasing likelihood of a no-deal Brexit. 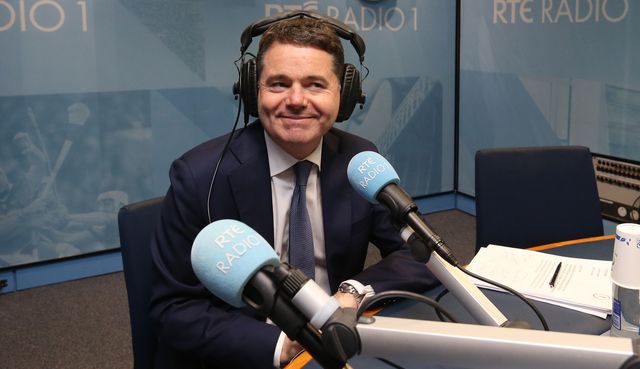 Finance Minister Paschal Donohoe delivered a cautious €2.9 billion budget for 2020 on Tuesday which he said was based on the increasing likelihood of a no-deal Brexit.

“Brexit is the most pressing and immediate risk to our economy,” he said.

He emphasized, however, that while a no-deal Brexit will be “very challenging” for Ireland, it is a challenge the country has the measure of.

Unlike in previous years, there will be no cuts in personal income taxes and no across-the-board social welfare increases next year amidst increasing uncertainty over Brexit and the global economy.

As talks between the British government and European Union leaders continued to fail to show a breakthrough – with EU chiefs expressing frustration at the British stance – Donohoe laid out his budget details in the Dail on Tuesday.

Apart from the Brexit pressure, many regarded it also as a general election budget, with an election likely in late spring or early summer.

With just 22 days remaining to Britain’s likely exit from Europe without a trade deal on Halloween, the minister made allowance for a Brexit package of €1.2 billion for a contingency fund to help sectors most affected by a disorderly Brexit, including farming, tourism, fishing, and the foods and drinks industry.

Donohoe said the government would only borrow money if it needs to intervene to protect the economy in the event of a no-deal Brexit.

Some €1.5 billion would be transferred from the Ireland Strategic Investment Fund into the Rainy Day Fund as the risk of a no-deal Brexit is now more likely.
Donohoe said the budget was without precedent and the economy is poised at a point between the twin risks of overheating and Brexit. A no-deal Brexit will mean a slower pace of growth in Ireland.

He said that while employment growth will slow, the economy can still expect an extra 19,000 new jobs to be created next year.

On climate change, carbon tax is up €6 per ton and applies from midnight on Tuesday on auto fuels – a two-cent per liter increase - while other carbon tax changes to other fuels will come into effect in May 2020. Home heating oil will increase by an average €15 a tank.

Donohoe said the €6 increase is a first step towards the government’s commitment of increasing the price of carbon from €20 to €80 a ton by 2030.
He said it is the government’s intention -- and his ambition -- to increase this steadily to meet the 2030 target.

Other measures announced in the budget included extra money for social housing, an increase of €1 billion to €17.4 billion in health care, an extra 56,000 medical cards for the over-70s, free GP care for children under eight and free dental care for children under six, and a 50 cent rise on a packet of 20 cigarettes bringing it up to an average €13.50.

In addition, education got an increase of almost €2 billion and €81 million extra was made available for 700 new gardai and extra civilian staff to enable a bump in front-line policing.

Earlier, Taoiseach Leo Varadkar said 2.3 million people are at work, more than ever before, and the unemployment rate is at five percent and falling.

He said that economic growth was still more imbalanced than the government would like it to be, but it was better spread across the country than it used to be.
Wage growth was solid, he added, growing at around three percent a year, well ahead of inflation.