As Ireland prepares for a series of votes new details have revealed that Carlow has the highest divorce rate in Ireland since 2015. 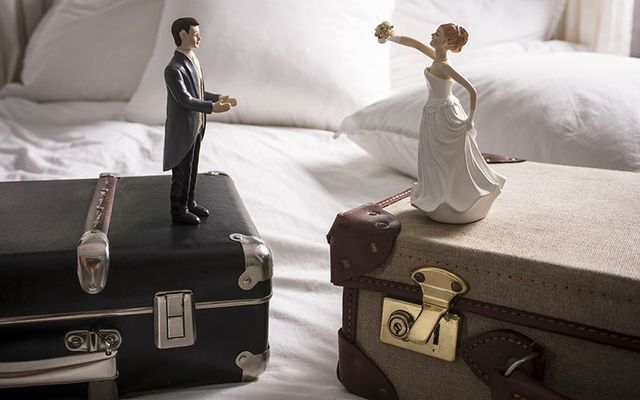 Divorce laws in Ireland may be about to change. Getty

As Ireland prepares for a series of votes this Friday, including a referendum in which the divorce process is expected to be speeded up, new details have revealed that Carlow has the highest divorce rate in Ireland since 2015

The most recent data from the Courts Service, which provides divorce application figures per county from 2000 to 2017, shows Carlow’s current rate of 1.2 divorce applications per 1,000 population has now surpassed that of Dublin.

Also, in 2017 Clare, Cork, Kerry, Longford, Sligo, Westmeath and Wexford all had a rate higher than Dublin.

Three counties – Donegal, Cavan, and Kildare – have been continuously below the national rate since 2000.

Read more: What are the European elections Ireland is holding on May 24?

Divorce only became legal in Ireland in 1996 following a tightly contested referendum.

To apply for a divorce, couples must be living apart for four of the five previous years. The upcoming referendum will ask voters if they wish to remove this condition and give the government power to reduce the living-apart time to two years.

Minister for Culture Josepha Madigan urged voters to support the removal of restrictions in the Constitution, but no campaigners in the Alliance for the Defence of the Family and Marriage said that passing the referendum would inevitably increase the rate of divorce in Ireland with adverse consequences, they said, for children.

Most recent census figures show that there are 103,895 divorced people living in Ireland, almost three times greater than the 35,059 divorced people recorded in the 2002 census.

In addition to the divorce referendum, voters are polling for candidates who are seeking election to the European Parliament, and for town and county councils where there are about 2,000 contenders seeking 949 seats.