Organizers of Ireland's first-ever healing circle for priests suffering from anxiety and stress have said more therapy sessions are likely to be rolled out across the country. 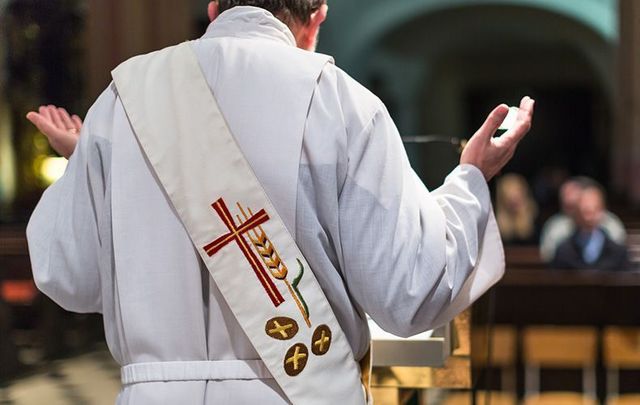 "The purpose of the sessions was to provide support to innocent churchmen who have been negatively affected by the abuse scandals in the Catholic Church." iStock

Organizers of Ireland's first-ever healing circle for priests suffering from anxiety and stress have said more therapy sessions are likely to be held across the country from early next year.

At least 10 priests from the Munster region attended an initial group therapy session in Parish Center in Ovens, Co. Cork on Tuesday, November 28.

But the Association of Catholic Priests (ACP), which organized the workshop, said the event could be "the first of many,” provided there is a strong demand from members of the clergy.

Father Tim Hazelwood, a spokesman for the 1,000-strong priests' group, said the purpose of the sessions was to provide support to innocent churchmen who have been negatively affected by the abuse scandals in the Catholic Church.

He said the sessions were open to both members and non-members of the ACP, and urged any priest feeling "disillusioned" or "a sense of shame" over his vocation to attend.

“For the past 20 years or so there has been so much negativity surrounding the church that priests have had to deal with. The vast majority of priests have done absolutely nothing wrong, but have had to carry a sense of guilt over the terrible things others have done,” Hazelwood said.

"For some priests wearing the dog collar became a burden because of the abuse scandals, and they felt a sense of shame when they wore it. But we hope that those who are suffering will be able to share their experiences and benefit from that, and hopefully be able to move on.

"It's very difficult for priests to book ahead, because there might be a funeral or something like that that will obviously take priority."

Although he stressed each priest would have "a different story" to tell, Hazelwood said other issues likely to have affected clergymen include falling congregations, souring relationships with their religious superiors and an increased sense of isolation within their parishes.

"As a general rule priests can be very slow to attend anything that's therapeutic, but we'll see how this first session goes, and if it's the success that we hope it is then hopefully this will the first of many healing circles across the country,” Hazelwood said.