Harry and Meghan's 2018 wedding hid a horrible truth for Catholics

Why Meghan Markle had to be baptized and confirmed within the Church of England before she tied the knot with Prince Harry. 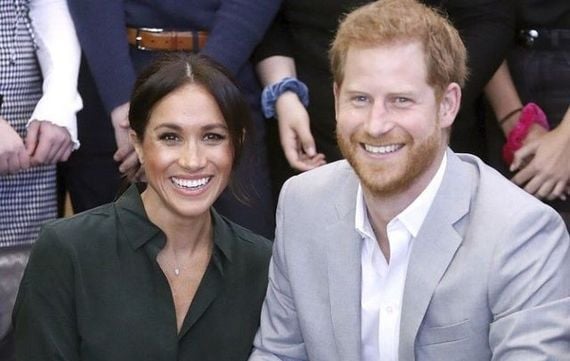 Why Meghan Markle had to be baptized and confirmed within the Church of England before she tied the knot with Prince Harry in May 2018.

Behind all the glitz and glamour of Prince Harry and Meghan Markle's wedding lay an inconvenient truth.

You can be Jewish, Muslim, Buddhist or Atheist and become the King or Queen of England. You just can’t be Catholic.

This is why any non-Catholic is ahead of the highest-ranking royal Catholic, Lord Nicholas Windsor, the youngest son of the Duke and Duchess of Kent and a great-grandson of George V and who converted to Catholicism in 2001 when it comes to being monarch.

Under the terms of the 1701 Act of Settlement, Catholics are banned from succession to the throne.

Until 2013 you could not marry a Catholic either if you were first in line to the throne. Some old-fashioned religious prejudice is at the heart of the Royal family.

If by some terrible accident, Kate and William and their three kids were killed, Harry would be first in line. But if Meghan were a Catholic (she was in fact educated in a Catholic school) she could never become the queen.

If Harry decided to become a Catholic, he would have to give up his crown.

The Act of Settlement of 1701 was designed to secure the Protestant succession to the British throne.

The act was finally altered in 2013 to allow the future King to marry a Catholic, but he cannot become one himself – nor could his firstborn.

It is a remarkable piece of discrimination that has lasted centuries and was originally brought in after Henry VIII dumped the Catholic Church to create his own.

Henry VIII famously established his church on the basis of his need to to have a male heir. He clashed with a non-compliant Catholic Church on the issue of divorcing his many wives.

While there have been Catholic English monarchs since Henry VIII since his split with the Holy See, their reign as a Catholic has been in conflict with their role as the Supreme Head of the Church of England.

It is still a country where its people are often called subjects, not citizens.

And while the massive PR offensive behind the latest royal betrothal is in full flow, the reality is that an ugly piece of discrimination is still on the books.

You won’t hear much about that on the wedding day amid the fawning functionaries. But they might as well hang a sign over Buckingham Palace stating “No Papists Here.”

According to an extensive profile by the Daily Mail, Markle did attend a Catholic school as a child, but – fortunately for her in this specific case – she comes from Protestant and Episcopalian families.

She still, however, had to be baptized and confirmed within the Church of England before she weds Prince Harry.

What are your thoughts on the royal wedding? Let us know in the comments section below.

*This article was first published in December 2017 and was updated May 2018 to reflect more recent information.