"Suits" actress, with Irish roots through her father, was once romantically attached to Rory McIlroy. 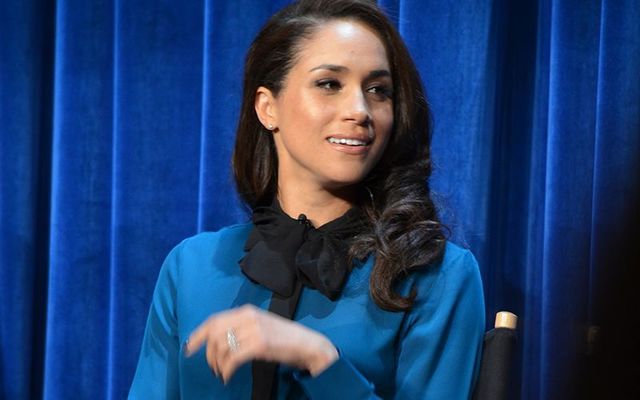 Meghan Markle, the newest member of the British Royal Family, has Irish roots through her father. It was confirmed on Monday morning, by Harry's father Prince Charles, that the Prince would marry the Irish American actress next year.

She has Irish roots from her father’s side. Her father is an Emmy Award winning lighting director.

Markle is a friend of New York Irish hotelier John FitzPatrick and she was once linked romantically to golfer Rory McIlroy.

Markle attend a fundraiser for Hillary Clinton hosted by her husband Bill just before last year's election. The event was held in the Penthouse Suite at the FitzPatrick Manhattan Hotel. Liam Neeson was also in attendance. and the two of them posed for pictures with John FitzPatrick and Sarah Rafferty, co-star of the series “Suits” that Markel used to star in.

On Monday morning  Charles, Prince of Wales, released a statement, which read:

"His Royal Highness the Prince of Wales is delighted to announce the engagement of Prince Harry to Ms Meghan Markle.

"The wedding will take place in Spring 2018. Further details about the wedding day will be announced in due course.

"His Royal Highness and Ms Markle became engaged in London earlier this month.

"Prince Harry has informed Her Majesty the Queen and other close members of his family.

"Prince Harry has also sought and received the blessing of Ms Markle's parents.

"The couple will live in Nottingham Cottage at Kensington Palace.

The Duke and Duchess of Cambridge, Harry's brother Prince William and his wife Kate, also offered their congratulations.

They said: "We are very excited for Harry and Meghan. It has been wonderful getting to know Meghan and to see how happy she and Harry are together."

Markle's parents also offered their congratulations and wished their daughter and Prince Harry "a lifetime of happiness."

The 35-year-old American actress’ Dad, Tom Markle, is of Dutch-Irish descent and her mother Doria Ragland is African-American.

The Californian previously spoke about growing up bi-racial, the racism her family encountered and a troubling experience she had at school.

“There was a mandatory census I had to complete in my English class – you had to check one of the boxes to indicate your ethnicity: white, black, Hispanic or Asian.

“There I was (my curly hair, my freckled face, my pale skin, my mixed race) looking down at these boxes, not wanting to mess up, but not knowing what to do.

“My teacher told me to check the box for Caucasian. ‘Because that’s how you look, Meghan,’ she said. I put down my pen. Not as an act of defiance, but rather a symptom of my confusion.

“I couldn’t bring myself to do that, to picture the pit-in-her-belly sadness my mother would feel if she were to find out. So, I didn’t tick a box. I left my identity blank – a question mark, an absolute incomplete – much like how I felt.”