Avoiding a crash out by Britain will be the priority EU countries if that means we have to modify the Irish backstop, they may insist that we accept that and we may have to. 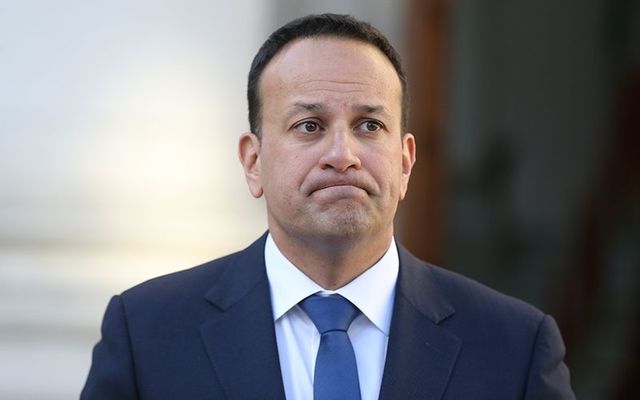 Avoiding a crash out by Britain will be the priority EU countries if that means we have to modify the Irish backstop, they may insist that we accept that and we may have to.

I hate to say I told you so, but this time it can’t be avoided.  For months now this column has been warning about the danger of the inflexible position Ireland has adopted in relation to the Brexit backstop, the guarantee that there can never be a hard border in Ireland again.  It's now clear that our inflexibility may produce exactly what we don't want.

Of course, no one wants to see a return of the border.  It's the last thing we need and just hinting that it might happen has been regarded here almost as treachery by the government.

But it's not as simple as that.  Government ministers endlessly repeating that there can never be a border in Ireland again does not alter the reality.

As we have repeatedly pointed out, the truth is there will have to be a border here if Britain (including Northern Ireland) is outside the EU customs union making its own trade deals with the rest of the world.

Even as Brexit has descended into chaos in the last few months, the Irish government has stuck to its no border mantra.  Not only did the British guarantee this with the backstop agreement two years ago, the government says, but the EU is united behind Ireland's insistence that the backstop cannot be changed.     And yes, the EU has been behind us all the way.  Or at least they were until reality started to bite in the last few weeks.  As the likelihood of Britain crashing out of the EU with no deal -- the so-called hard Brexit -- has increased, the absolute solidarity of the EU behind Ireland's position has begun to waver.

The first crack appeared when Poland’s Foreign Minister suggested a time limit on the backstop to break the Brexit deadlock. “Let’s say five years,” he said. “It would obviously be less favorable for Ireland than an indefinite backstop, but much more advantageous than a no-deal Brexit.”

He accused Britain and Ireland of playing chicken over the backstop and said that if it went wrong and the U.K. crashed out Ireland would lose the most.

This statement was disowned quickly by the Polish government and the rest of the EU.  But the reality is that Poland (with so many Poles living in Britain) and other EU countries with huge trade links with the U.K. do not want a hard Brexit.  And they are becoming increasingly impatient with the possibility that the Irish border question could make that a reality.

Shortly after the Polish intervention there was a blunt statement just over a week ago by the European Commission spokesman who told reporters that it was “pretty obvious” that Ireland would need a hard border with the U.K. in a no-deal Brexit.   He later clarified this and said that the EU remained fully behind the Irish backstop.  But once again, the cat had briefly escaped from the bag.

And it was out again a day later when the EU chief negotiator on Brexit, Michel Barnier, said that the EU “will have the obligation” to check goods traveling from Northern Ireland to the Republic if there is a no-deal Brexit.  Controls and checks would be needed, he said, but “we will do our utmost not to create a hard border in Ireland.”  Does that sound like an absolute guarantee to you?  No, me neither.

Nor was it just EU players who were letting the cat out of the bag.   The Irish Minister for Transport Shane Ross forgot his script two weeks ago when answering questions about a hard Brexit and said that trucks coming from the North would have to be checked at the border.  He was immediately “corrected” by Minister for Foreign Affairs Simon Coveney who said there was no change in policy and there would be no border checks no matter what happened.

Ross was ridiculed in the media for not being up to speed.  No one wanted to admit that he might have inadvertently told the truth. As if the poor cat was not dizzy enough from being thrown back in the bag so often, the next blunder came from no less a person than Taoiseach Leo Varadkar himself.  Talking to reporters at the World Economic Forum at Davos in Switzerland last week, Varadkar said that if the U.K. left without a deal “that would involve customs posts, it would involve people in uniform and it may involve the need, for example, for cameras, physical infrastructure, possibly a police presence or army presence to back it up.”

To most people that sounded like an admittance that a hard border would follow a hard Brexit.  This was such a diversion from the official line that a clarification was quickly issued to explain that what the taoiseach was doing was giving a description to the foreign press of what the border used to look like and the risk of what it could look like in the future in “the worst-case scenario.”

Which was very much a non-denial denial.  If we were now accepting what might happen in “the worst-case scenario," it seemed to indicate that the absolute guarantee of no border in any circumstances might not be so absolute after all.

All of which was an indication of the panic that must now be taking hold in government circles here as the danger of a no-deal hard Brexit increases and time runs out (it's only eight weeks to Brexit day).

The backstop is the big problem which is preventing British Prime Minister Theresa May’s withdrawal agreement with the EU getting support in Westminster.  The only way out for her is to dilute it and/or put a time limit on it, something that she will probably be trying to do as you read this.

The problem for the Brits is that the backstop has forced the U.K. to commit to remaining in the EU customs union until a full trade deal that would make a border in Ireland unnecessary can be negotiated.   That might prove to be impossible, since Britain wants to be free to make its own global trade deals.  Even if it could be worked out, it could take many years to negotiate.

That is why the Irish government is determined that the backstop cannot have a time limit imposed on it.  That's fine in theory.  But the last few weeks have shown that digging in and refusing to give any ground could make a no-deal hard Brexit inevitable.

A hard Brexit would mean a hard border, imposed by the EU.  It would be catastrophic for the Irish economy, especially our huge agri-food sector.

And that would be far worse than accepting the least visible soft border possible and thereby helping the British to accept the soft Brexit in the deal negotiated by May, a deal that would be least damaging to Ireland.

What all this means is that we are faced with a very difficult dilemma.  The most sensible and secure way out of it for us is to ensure that the soft Brexit deal proposed by May succeeds.  And that will probably mean accepting that the backstop has to be modified.

As already said, no one in Ireland wants the return of a hard border.  Even worse than the cost and inconvenience it would involve, there is the security issue that would be caused by giving republicans a visible target. But in spite of this we may have to consider some form of border if we are to avoid economic Armageddon.

There is also the reality that other EU states are starting to question why a border in Ireland should be such a big problem.   Countries around the periphery of the EU have to live with borders with their neighbors who are outside the EU.  For them hard borders are an everyday reality.   In this column last year we pointed out that some countries in the EU may find it hard to understand that a market of 500 million people can be held to ransom by the possible threat from a few dozen republican dissidents in Ireland.  They may take the view that if we have a security problem here, we should deal with it.

Avoiding a crash out by Britain and the disastrous effects that would have across Europe will be the priority for other EU countries. And if the price of that is modifying the Irish backstop, they may insist that we accept that.

We can continue to stick to the backstop in the weeks ahead as though it is our only option.  If we do that we might be fooling ourselves.  And we could be shooting ourselves in the foot.

As we said here before, a blind insistence on the full backstop could end up bringing about the very thing it was designed to prevent.