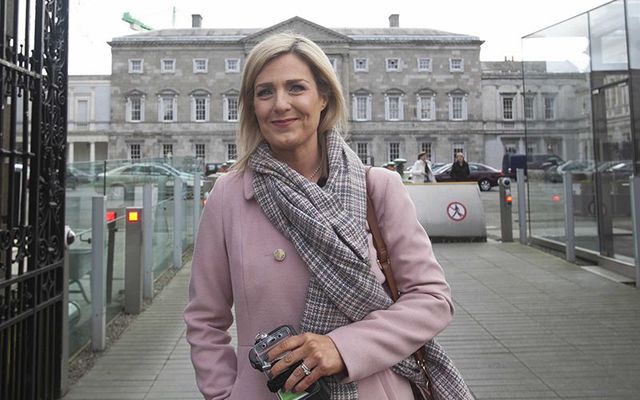 Between Brexit, the fallout from the local and Euro elections, and The Donald on his way to make Doonbeg Great Again, there was plenty to talk about here last week.

But forget all that stuff.  One topic dominated conversation in Ireland last week -- the story of the Fine Gael member of the Dail who fell off a swing on a night out and took a big compensation claim against the hotel where it happened.

The politician is a woman called Maria Bailey, a little known backbench Fine Gael TD from Dun Laoghaire.  Or at least she was little known until two weeks ago when the SwingGate story broke in the media.

Now she is one of the best-known political faces in the country, the subject of ridicule, scorn, endless headlines and dozens of hilarious videos and memes online which have made her a national joke.

It's a joke which has serious repercussions for the government, however, because they are supposed to be doing something about our rampant compensation culture which is costing the country a fortune.  Suddenly they were confronted by the embarrassing fact that one of their own was part of the "compo culture" in the most ludicrous and greedy manner.  It quickly became a national story which caught Fine Gael flatfooted and cost them votes in the elections.

Adding fuel to the media wildfire, Maria Bailey initially ignored her party's advice to withdraw the case, apologize and then keep her head down.  Instead, she played the victim and went on national radio to justify her egregious behavior.  It was the worst car crash interview here in a long time, making a bad situation infinitely worse for the government.

By then she had belatedly dropped her compo claim.  But a lot of damage had been done to the Fine Gael image, and party members around the country were furious with her.

How do you solve a problem like Maria? Taoiseach Leo Varadkar reacted by launching a party investigation into the whole sorry business.  We won't know the outcome for a couple of weeks, but her career in national politics appears to be over. 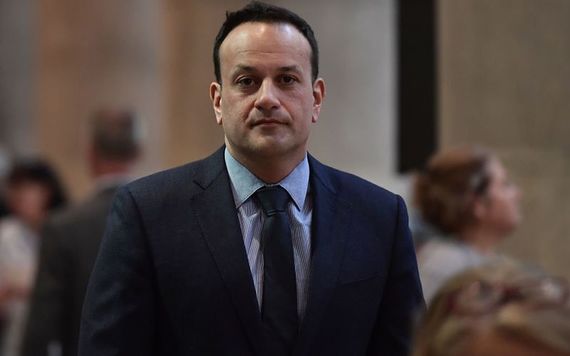 So what caused the furor?  It all began in 2015 when she and a few friends were on a night out at the trendy Dean Hotel in the city center.  She said they had one drink before they arrived and another one there (which she says she did not drink) before she sat on what is now the most photographed swing in the country.

Being super cool, the new hotel has a few swings outside its rooftop bar where those who love to show off their lives on Instagram take shots.  Bailey sat on a swing with a bottle of beer in one hand and reached out her other hand to take a wine bottle from a friend who was taking out a phone.  With something in both hands and presumably not holding on, she fell off backward, hurting herself.

She had a few cuts and scratches but the worst damage was her embarrassment, so she jumped up quickly and continued the night out.  The next morning, however, she had back pain and went to a private hospital where she had an X-ray which found no bone injury.  She says she was diagnosed with soft-tissue injuries and concussion and later had dental treatment and physiotherapy.

After the fall she wrote to the hotel, which sent her a check for €600 to cover the minor treatment she had.  She sent this back, saying it was not enough and later took legal advice and began a case for compensation.

In the court document, Bailey filed at the time she made a number of assertions.  The most prominent was her claim that she had been unable to run for three months after the incident (she is a keen runner).  But the Irish Independent revealed that just three weeks after the fall in 2015 she had run a local 10km race (six miles) in less than 54 minutes, an impressive time.

Further media research revealed that in the week after the fall she had been a speaker at two conferences and had appeared on TV.  She had also been at a rock concert.  As one reporter said, none of this took much digging because it was all on her Facebook.

The legal document she filed also made the claim that the hotel was negligent because there were no warning signs at the swings, no instructions on how to swing and no supervision of the swings.  In her radio interview, she also claimed that the seat of the swing was "polished" wood, implying that it was slippy.

She repeatedly said that all she wanted was her medical expenses which she claimed were around €7,000.  But instead of lodging her claim in the District Court where the limit on damages is €15,000 she had put the case into the Circuit Court which can award up to €60,000.

Her story was full of holes like this, and overall it seemed like the usual "compo culture" claim where any injury or damage is grossly exaggerated to get as much money as possible.

Instead of settling out of court, however, which often happens here in cases like this, the hotel decided to fight it.  If she had any political sense she would have dropped it at that stage.  But she didn't, and the whole thing became public when documents were leaked.

Some of the online stuff which followed was hilarious, including chickens on swings, dogs on swings, babies on swings, mock safety videos about the dangers of "swinging," etc.  Making and sharing swing videos became a national pastime for weeks.  Her reputation was in shreds.

But underlying all this fun was a very serious issue, and that is the reason why this minor incident caused both derision and outrage on a national scale.  So-called "compo culture" is a huge problem here.  There are so many cases involving slips, trips, and falls or minor injuries after dubious accidents in which the courts make huge awards.

The result is that the cost of insurance for all businesses here (but particularly child care centers, adventure centers, etc.) has gone through the roof.  In recent months a number have said they can no longer pay and have to close.

A typical example would be someone who slips and falls on a supermarket floor and then claims recurring ankle pain or back pain, which is difficult to disprove.  An award of €50,000 to €60,000 is not unusual in such cases.

Another common one is whiplash injury after a car accident in which the two vehicles barely come in contact and little or no damage is visible.  Again, it's difficult to disprove such cases so insurance companies often settle out of court for, say, €10,000, rather than risk losing in court and having to pay €60,000.

It's become so bad that insurance companies and businesses have started to fight back, often using Facebook and CCTV trawls.  This has exposed many claimants with alleged back or whiplash neck injuries who were out dancing, playing golf, etc. when they were supposed to be incapacitated.

But for most businesses, it's usually cheaper just to settle (one major supermarket chain here is now settling two such claims a week on average) and the cost is enormous, making everything more expensive and causing job losses.

All of this has become a minor industry for the lawyers who often take cases on a no win, no fee basis.  (The Bailey case was taken by the family law firm of her friend and fellow Fine Gael politician Josepha Madigan who is now a government minister, adding to the embarrassment of the Taoiseach.)

Doctors here also make it worse by routinely accepting that patients genuinely have the back, neck or muscular pain they are complaining about and this is then used as evidence in court.  One revealing study published in the last few weeks showed that over a 15 year period more than 90 percent of those claiming whiplash injury in Ireland stopped going to their specialist doctors once they had been given an award.

Even the most minor injuries here now end up in court -- red skin from spilled coffee scrapes from bike falls, cuts from trips on pavements.  Personal responsibility has been abandoned.  It's always someone else's fault -- the shop with loose coffee lids or a slippy floor, the local council which did not fix the path etc.

The kind of accident that was ignored when I was a kid can now get you a few grand, or maybe even 50 grand.  Whiplash and back injuries are the most lucrative.

News about the gullibility of our courts has spread, and we now have people flying in from Eastern Europe to stage car accidents and then make enormous claims.

Changing all this and stopping the "compo culture" is proving to be very difficult, not least because there are powerful vested interests involved in keeping it going.   But maybe the Bailey case will be the last straw.   Swing out, sister!