A Fine Gael Party politician who dropped a controversial civil compensation court claim over her fall off a swing did her party “some reputational damage,” Taoiseach (Prime Minister) Leo Varadkar said 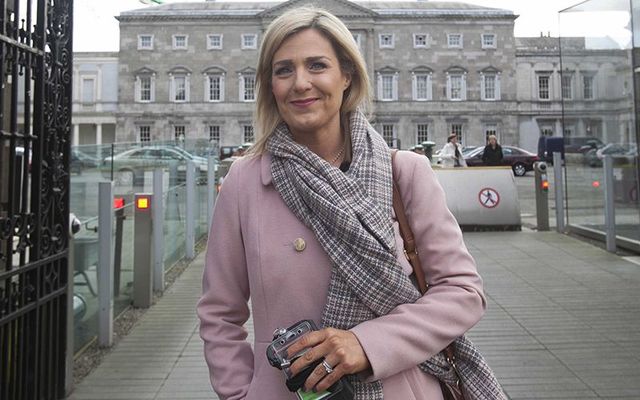 A Fine Gael Party politician who dropped a controversial civil compensation court claim over her fall off a swing did her party “some reputational damage,” Taoiseach (Prime Minister) Leo Varadkar said

He stopped short of blaming Dun Laoghaire TD Maria Bailey for the party’s less than satisfactory result on the local elections at the weekend.

Party headquarters received a number of reports that election canvassers received complaints on doorsteps about Bailey’s compensation action against a Dublin hotel for a fall off a swing in 2015.

Court papers claimed she couldn’t run at all for three months after the accident on the swing and she argued hotel staff should have supervised use of the facility. Newspapers reported last week that Bailey had run a 10 km race three weeks after her fall.

Varadkar told RTE on Sunday that a number of members of the party had approached him over the matter.

He said, “A lot of our candidates have said to me that it came up on the doors and did us some reputational damage. It’s hard to quantify that though.”

On Monday, Bailey dug a bigger political hole for herself when she went on the Sean O’Rourke Show on RTE Radio1 and admitted that while on the swing she had a beer in one hand and was reaching the other for her friend’s.

She added, “I had a bottle of wine. She was taking her camera out of her jacket. I then found myself on the floor. I was mortified.”

The Irish Independent reported that some Cabinet ministers described the interview as “a car crash.”  Justice Minister Charlie Flanagan said it was “ill-judged in both tone and content.”

Health Minister Simon Harris said Bailey, in withdrawing her claim, had perhaps conceded that it shouldn’t have proceeded in the first place but her interview “still seemed to be in the space of blaming lots of other people.”

Bailey, who was not a candidate in the local elections or the EU voting, is reported to be due to meet Varadkar later this week to discuss the fallout from the controversy.  The matter may also be referred to Fine Gael’s national executive where disciplinary action could be initiated.

In the local elections, Fine Gael gained seats compared with the drubbing received in 2014. However, the party performed well below expectations and lost the popular vote to Fianna Fail.

Failure to meet the nation’s housing needs was seen by some analysts as part of the reason for Fine Gael’s failure to receive all the support ministers expected.

Sinn Fein also suffered and there was an upsurge in support for the Greens.

As expected, the constitutional referendum on divorce was passed with the overwhelming support of 82.07 percent - one of the largest margins of victory in a referendum since the vote on the Belfast Agreement in 1998.

The vote removed a condition that couples must be living apart for four of the previous five years before applying for divorce,

The government now intends to introduce a law permitting divorce after two years of separation.

The vote will also make the recognition of foreign divorces explicit in the Constitution.