Two IRA male rape victims have called for a probe into their claim that members of Sinn Fein and the IRA attempted to pervert the course of justice and to cover up the crime in a kangaroo court. 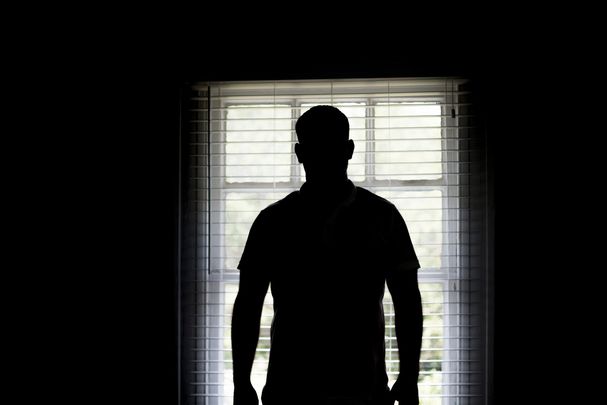 Paudie McGahon, 44, who has waived his anonymity, was raped and sexually abused as a child by IRA man Seamus Marley. Getty

The victims have backing from the government’s Social Protection Minister Regina Doherty who called for an investigation into the alleged cover-up. She said, “An independent probe is the only way to uncover the truth.”

Paudie McGahon, 44, who has waived his anonymity, was raped and sexually abused as a child by IRA man Seamus Marley, son of 1983 Maze Prison escape mastermind Larry Marley.

Seamus Marley was an IRA volunteer from Belfast in hiding in a republican safe house in Co. Louth when he raped and sexually abused McGahon and another teenager.  He was jailed for seven years earlier this month for the crimes at Dublin Central Criminal Court.

His second teenage victim hasn’t waived his anonymity but, the Irish Independent reported, he authorized McGahon to speak publicly.

McGahon told the paper in an exclusive interview, “When Seamus Marley, the former IRA volunteer, was convicted by a jury of raping and abusing me and another man, it was like a huge weight had been lifted off our shoulders and I could breathe for the first time in 27 years.

“Both me and the other person now want the world to know that we were victims -- but now we are survivors, we got justice.”

He said an investigation into the conspiracy to pervert justice and organize a cover-up at an IRA kangaroo court was the only way other victims might come forward knowing that they would be free of intimidation from the Republican movement.

McGahon said that, until the Dublin court case, he lived in constant fear of what Seamus Marley would do as he had threatened during a rape that if he ever spoke about it he would be found on a border road, shot dead.

McGahon added in the interview, “We had been indoctrinated by my father into thinking that volunteers like Marley were brave heroes fighting for the cause, but he was held in even higher esteem than many of the others who came to hide out in our home because his father was Larry Marley, the architect of the great Maze escape in 1983.”

When he found out about the second victim both went to Louth Sinn Fein Councilor Pearse McGeough – who didn’t know Marley was a pedophile – and a kangaroo court was arranged where they were quizzed by three people, a woman, and two men, with top Belfast IRA Army Council member Padraic Wilson in charge.

At a later meeting, after Marley had been interrogated, Wilson gave the victims three choices – have Marley shot, beat him or have him expelled.

McGahon said, “We are not killers or violent people so we went for the easiest option, which was to have Marley expelled.

“But recently we learned that this too was a lie and Marley was never expelled but instead was actually working with autistic kids in Dublin.”

Finally, following how Sunday Independent columnist Mairia Cahill was treated by Sinn Fein after she described how an IRA kangaroo court investigated her rape claim, he realized it was how he was treated and he went to the gardai.

McGeough has denied involvement in the kangaroo court. Both he and Sinn Fein said they advised McGahon and the second victim to report their abuse to the gardai.

Sinn Fein’s statement added, “The abuser is now in jail where he should be. We hope the victims and their families get the closure they deserve.”