How Hillary lost the election to Donald Trump

A fascinating memo that was dismissed as "old school hocus pocus" and boy did that prove to be a mistake. 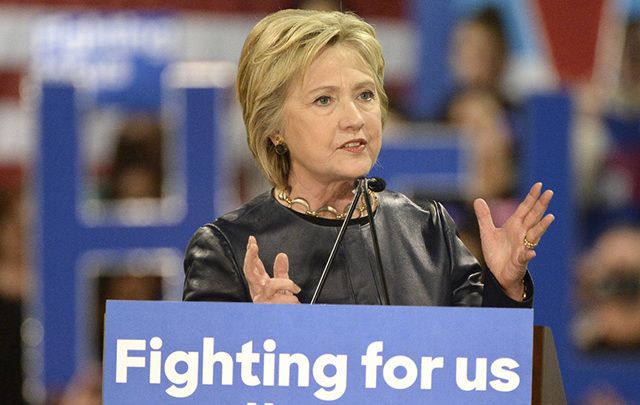 The woman who could have been president - Hillary Clinton on the campaign trail. iStock

The following memo circulated at the highest levels of the Clinton campaign as the general election race between Hillary Clinton and Donald Trump began.

“FACT: Donald Trump can defeat Hillary Clinton and become the 45th president of the United States. We should not underestimate his capacity to draw people to the polls who normally do not vote...that could tip the scales in key states...I’d routinely add three or four points to whatever they say about his support.”

Such were the reflections of a senior Clinton staffer ignored for all the campaign by the bright young things who ran Hillary's campaign into the rocks.

The memo, written just after Clinton and Trump had won their primary battles, was eerily predictive of exactly what happened.

It is contained in the new book "Shattered" by Jonathan Allen and Amie Parnes, two veteran Washington reporters who gained access to the Clinton campaign on the basis of keeping sources anonymous.

What happened to that memo is instructive. It was dismissed as “old school hocus pocus,” the authors say, in a campaign that was driven by data as opposed to political insight.

Boy did that prove to be a mistake.

The book is excellent in teasing out exactly what went wrong with the campaign.  Trump went narrow, focusing on key Midwestern states which were considered Democratic bastions but where he smelt blood, while Clinton went wide, expanding into red states where the data allegedly showed she had shot such as Texas and Arizona.

In the process, she left the barn door open back in Michigan, Ohio, Pennsylvania, etc.  We all know the rest, as she lost the election in a stunner.

What is intriguing about "Shattered" is the detail on how the entire upper echelon of the campaign missed the working class white Catholics shift in the Midwest and Pennsylvania which swung the election.

The book cites Clinton’s trip to Michigan where she focused entirely on the Flint water crisis, a major issue in the African American community, but never visited areas where whites had been laid off in huge numbers from old time jobs no longer relevant. Such workers became Trump’s vanguard and they swung the key states to him.

Lack of a ground game was one of the most obvious failings of the Clinton campaign.  Indeed I lost count of the number of people who told me that in whatever state they were in, Trump yard signs were far more prominent than those supporting Clinton. Psychologically that made an impact.

Bill Clinton sounded the warning way back in the early primary states when Bernie Sanders’ rise troubled him greatly, sparked by grassroots organizing. He begged campaign manager Robby Mook to get people out knocking doors, to go on TV in local markets, to do smaller area newspaper interviews, but he was never listened to.

After all, what did an ex-president who could charm the birds from the trees know about winning elections?

The book notes that Bill Clinton became convinced early on that Mook “was too invested in data to the exclusion of politics.”

Not that Bill Clinton disliked data as the book points out, but he viewed it as just one part of the tools needed to win a race. They had to get out and persuade with retail politics and a ground game, all of which Mook refused to accept.

Mook’s theory was that the blacks, Hispanics, and women would swing the election if the Clinton campaign got enough of them out to vote.  White ethnic Catholics were not worth the bother, something Irish Americans who supported Clinton often complained about.