The Catholic Church needs heroes like never before, and Bishop Michael Power of Toronto who was placed on the path to sainthood in 2017 certainly deserves that title 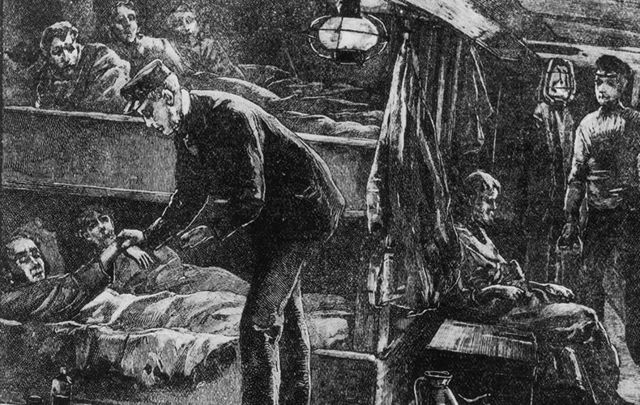 The Catholic Church needs heroes like never before, and Bishop Michael Power of Toronto, who was placed on the path to sainthood in 2017, certainly deserves that title.

Bishop Michael Power was the founding bishop of the Diocese of Toronto in 1842 and built a splendid Catholic cathedral there at a time of deep animosity to Catholicism.

But a recent discovery lays out with far greater definition why the son of Irish emigrants deserves sainthood.

Canadian scientists finally identified the remains of 21 people as Famine emigrants from Ireland who died after their coffin ship was shipwrecked just off the northern coast of Canada.

Three of the bodies were found in 2011 after a great storm washed then ashore. The remains were of two seven-year-old boys and an 11-year-old boy.  The bones showed signs of advanced malnutrition.

The 18 others, mostly women and children, were found after an archaeological dig in 1916.

They were among a party of 180 wretched souls from north Sligo, forced off their land by Lord Palmerston, two-time British prime minister who owned 10,000 acres in the area.

Desperate scenes of loss during the Famine.

The peasants had no choice. It was either to hell or to Canada, and Palmerston rented several coffin ships to rid himself of his tenants.

Thousands died on land, but the numbers would have been far greater but for Bishop Power.

In one of his first pastoral letters Power wrote, “We should not forget that we have not fulfilled our duty towards our neighbor if we confine our charity and our solicitude to those with whom we live; for the divine light of our revelation shows us a brother, a friend in being, a member of the human race...that all men, without exception, are our neighbors and should be dear to us. “

Power realized that to fully staff his parish he needed to find more priests, and he departed on a mission to Ireland in early 1847 to recruit them. While there he realized the horrific consequences of the Famine and the fact that hundreds of thousands would be fleeing to Canada, with first stop his diocese.

While the city hid in fear of the contagion, Power gathered what help he could to tend the plague-stricken and starving Irish immigrants. He built fever huts and a makeshift hospital which saved hundreds of lives. 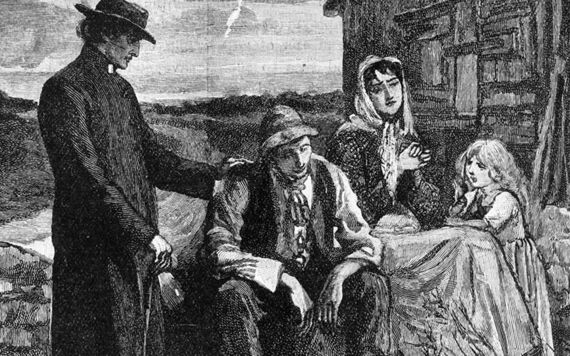 “These men, along with John Elmsley, a dedicated Catholic layman, and the Anglican Bishop J. Strachan, courageously entered the fever sheds set up on the wharves to tend the sick and the dying. Bishop Power contracted the disease and paid the supreme price on October 1, 1847, in service to his church and his laity.”

The Cross newspaper in its obituary said, “It is said that neither night nor day witnessed his absence from the depositaries of disease, until at length kneeling over the bed of infection, and listening to the sorrows of some poor penitent, he inhaled the miasmata of death. Grief of such a loss is natural.”

He was just 42.  Bishop Power deserves his sainthood.