First woman head of the garda force, blamed an unending cycle of inquiries for her decision to step down after three years as commissioner. 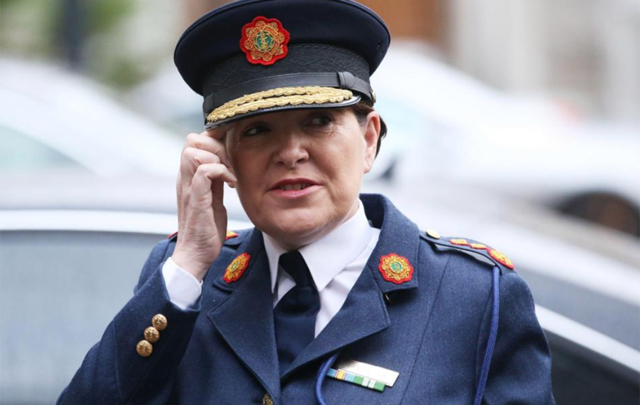 Irish Justice Minister Charlie Flanagan has said it will be several months before a replacement is found for Garda Commissioner Noirin O’Sullivan, who resigned with just a few hours notice on Sunday.

Although the resignation was sudden, it wasn’t unexpected either by government or opposition.

O’Sullivan, first woman head of the garda force, blamed an unending cycle of inquiries for her decision to step down after three years as commissioner.

The investigations by several agencies have been into scandals, including records that there had been 1.5 million false drunk driving breath tests, financial irregularities at the garda training college, and the treatment of whistleblower Sergeant Maurice McCabe.

She inherited many of the controversies when she replaced Commissioner Martin Callinan in 2014, but she said the ongoing investigations and continued questioning interfered with her core work of trying to modernize and reform an organization of 16,000 people and rectify the failures and mistakes of the past.

Although O’Sullivan’s resignation was sudden, Flanagan said it was “flagged” to him in the weeks before.

He said he had not prevailed on O’Sullivan to stay in the job and hadn’t spoken to her since before she went on a five-week summer break in July.

The resignation announcement came three days after the release of a damning on false breathalyzer tests which revealed that over eight years gardai entered a total of 1.5 million breath tests in the Pulse security system that were never carried out.

The Sunday Independent reported that up to 1,000 gardai could face investigation over the fake breathalyzer test scandal.

Flanagan, asked on RTE Radio why he didn’t seek O’Sullivan’s resignation earlier in the wake of several scandals, replied that “she was garda commissioner; she was engaged in the process of reform.”

He indicated it was possible someone from outside the country could be appointed to the role as her successor.

In her resignation public statement, O’Sullivan said government support for her to continue was evident. But it had become clear, over the last year, that the core of her job was now about “responding to an unending cycle of requests, questions, instructions and public hearings involving various agencies including the Public Accounts Committee, the Justice and Equality Committee, the Policing Authority, and various other inquiries, and dealing with inaccurate commentary surrounding all of these matters.”

She added, “When a commissioner is trying – as I’ve been trying – to implement the deep cultural and structural reform that is necessary to modernize and reform an organization of 16,000 people and rectify the failures and mistakes of the past, the difficulty is that the vast majority of her time goes, not to implementing the necessary reforms and meeting the obvious policing and security challenges, but to dealing with this unending cycle.”

She expressed the hope that her successor would be given the space and necessary supports to ensure the force will “become a beacon of 21st century policing.”