Domhnall Gleeson lampoons in Netflix’s “A Futile and Stupid Gesture” 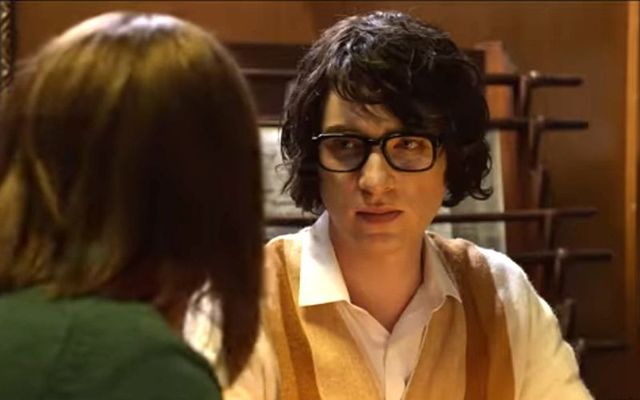 Domhnall Gleeson in A Futile and Stupid Gesture.

Fans of the late, great National Lampoon magazine should check out the new Nexflix original flick A Futile and Stupid Gesture, which dropped on Friday night.

The film tells the story of Doug Kenney, the genius-but-troubled founder of National Lampoon, and it co-stars Domhnall Gleeson as Kenney’s longtime collaborator and co-editor Henry Beard, the voice of reason in the chaotic world that Kenney created.

The cast reunited at the Sundance Film Festival last week to promote their work, which commenced at the start of 2016.  Gleeson, a regular in the Star Wars franchise, humorously pointed out that it took a looooonnng time for Futile to see the light of day.  He filmed his scenes during and after the latest Star Wars hit.

A Futile and Stupid Gesture out on Netflix now! This cast is the most insane on the planet! pic.twitter.com/oBcPor9anY

But the native Dub had a blast working on the film, which also stars Will Forte, Joel McHale and Emmy Rossum.

"I was excited to work with a different group of people on something that... I hadn't done anything like that before," he said. "And the script was amazing. And the experience was amazing, too. I absolutely loved it."

Have you watched any of "A Futile and Stupid Gesture"? What did you make of it? Let us know below.

Here's a trailer for the new show: