John Wayne’s love of Ireland and The Quiet Man 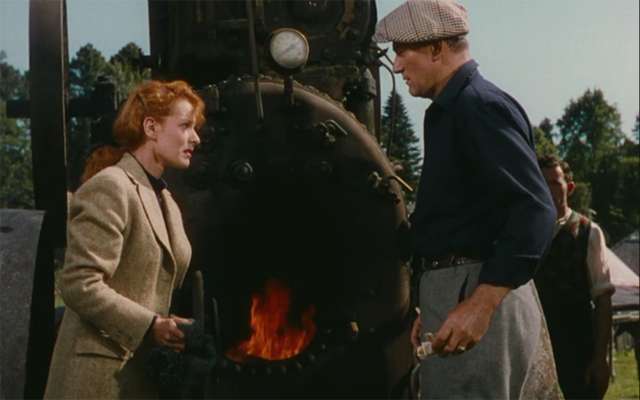 Maureen O'Hara and John Wayne in the "The Quiet Man", filmed in Cong, County Mayo.

John Wayne's love of Ireland was reaffirmed during his filming of the iconic film 'The Quiet Man' when he and his family spent six weeks on location in Cong, Co Mayo filming the timeless classic.

Famously, John Wayne played the role of the retired and haunted boxer Sean Thornton who travels to his family’s hometown of Innisfree and wins the hand of the fiery Mary Kate Danaher, played by Dubliner Maureen O’Hara. The John Ford directed technicolor movie remains one of the most popular Irish movies in America today.

Filming commenced on June 7, 1951, with all the outdoor scenes shot on location in Cong.  For filming, John Wayne brought along four of his children, who even had cameos in the movie - Michael (18), Mary Antonia "Toni" (16), Patrick (13), and Melinda (12) all play young people attending the horse races.

In 2013, Wayne's son Patrick and daughter Marisa were honored at the second John Ford Ireland Symposium in Dublin. Speaking at the Savoy Theater on O’Connell Street, Patrick (who was 73 at that time), told the crowds that his father had never forgotten where he’d come from.

Patrick said “He, as a person, came from a humble background and never lost touch."

"He thought loyalty, family, respect, and decency in people were very important."

John Wayne’s grandfather hailed from County Antrim and Marisa said she recalled her father reminiscing about how much he enjoyed filing “The Quiet Man” in Ireland.

Patrick, who featured in over 40 movies throughout his own acting career, recalled his first trip to Ireland, during the filming of 'The Quiet Man' fondly.

“The Irish people were so nice to us.”

“They’d take us on trips to Galway Bay or to the Ring of Kerry. We got to see a lot of the country and it was so beautiful.”

“I was working with my dad, and with John Ford, who was my godfather, and so acting was a family experience,” says Patrick.

“I didn’t know whether I liked acting or whether I just liked being around my family. But, as it turned out, the acting was a big part of it, too.”

Wayne’s son also told the crowd how his father had been destined for a football scholarship until he’d broken his shoulder. It was John Ford, Wayne’s lifelong friend who gave him his first big break in the movie 'Stagecoach.' Patrick said, “that launched him into the class-A movies.”

“And the rest is history. But my father was a tremendously loyal person and he never, ever forgot that Ford had done that. He appreciated it so much. They liked each other, sure, but even if they hadn’t, my father would have done anything for this man. For Ford, I think that he thought he was John Wayne. When he looked in the mirror, he saw John Wayne. So, whatever he did in a film, it was Ford doing it through John Wayne. And they had tremendous success together — there’s no question about that.”

“The Quiet Man” was a financial success grossing $3.8 million in its first year and was the seventh most popular movie for British movies in 1952. Little did John Wayne and his friend John Ford know that it would remain one of the most popular movies of all time. It still scores a 90 percent approval rating on Rotten Tomatoes and remains critically acclaimed to this day.

Here are some photos taken behind the scenes during the filming of “The Quiet Man”:

What do you think of The Quiet Man? Let us know in the comments!