Deportations from Ireland on the rise

Between 2018 and 2019, there was a staggering 80 percent increase in deportations from Ireland. 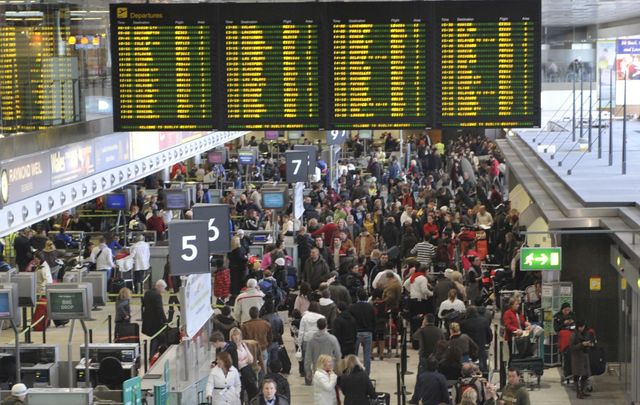 Dublin airport: A total of 293 people were deported from Ireland in 2019. RollingNews

The number of people deported from Ireland has jumped massively over the last 12 months, according to the latest figures.

According to figures from the Department of Justice, of the 596 total people deported in the last three years, almost one in five (118) involved people from Pakistan.

The nationality with the next largest involvement was China with 87 cases, while Nigerian citizens were involved with 75 cases.

A Department of Justice spokesman said every person served with a notification of intention to deport, following an asylum refusal or because they were illegally present in the state, was given an opportunity of "voluntary return".

Under that arrangement, migrants can avail of free flights and a small financial grant to help them get re-established in their home country.

Those who qualify for the scheme can get €600 per individual or €1,000 per family to support "reintegration" through training or business grants.

A spokesman said, "It is only where voluntary return is not availed of will enforced deportation be considered, as a last resort.

"Prior to the making of a deportation order, each individual case is examined in detail and all available appeals processes are exhausted."

This would include consideration of private and family rights, as well as an examination of whether conditions in the country of origin allow for "safe return," according to TheJournal.ie.

The spokesman said, "In terms of removal methods, the majority of deportations are arranged via commercial flights, and the deportee is accompanied by garda escorts.

"When required, chartered flights may be utilized in conjunction with other European member states.”