Bitter battle ahead as Democrats and Republicans prepare for midterms

Democrats and Republicans are neck and neck for control of the US House of Representatives and the US Senate ahead of the midterms. 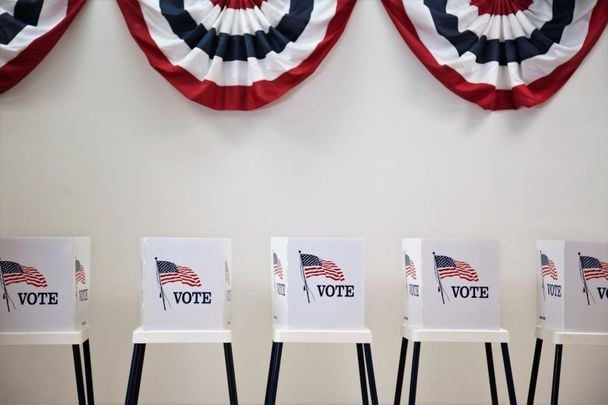 The US midterm elections will be held on November 8, 2022. Getty Images

Autumn has arrived, which means the midterm election season is in full swing in the US.

It will be a bitter battle this year. The two parties are neck and neck for control of the House of Representatives and the Senate.

There will be no holds barred, no insults left unsaid, and no shortage of vicious and downright dangerous rhetoric, because so much is at stake.

There are so many unknown factors that anyone who says they know how this election will turn out is talking balderdash.

The international situation is dangerous, leaving an unknown question to be answered, one which is so powerful that we have not talked about it since 1960 and the Cuban Missile Crisis.

Put plainly, the Russian leader Vladimir Putin is threatening Armageddon and signaling that he is not against using a battlefield nuclear weapon to turn back the Ukrainian tide.

In the White House, President Biden is faced with an overwhelming question – how do you deal with a despot who threatens such danger, and yet seems to be untouchable among his own people?

How that question is resolved could well decide this election. If Biden can succeed in finding a way that Putin can save face and not deliver on his evil promises, then he will have achieved the greatest victory of all. But nothing is certain.

Amazingly, this American midterm will not be about the nuclear issue, even though there are signals from the right for many years that they admire Putin for his autocratic ways.

You would think that avoiding – or not avoiding – nuclear war would be a primary issue in the election. But amazingly, it does not register as a major concern among American voters. Instead, the battlefield will be over economic issues, abortion rights, and combating crime.

There is no question that the fear of inflation and the lack of foresight when it became evident has seriously damaged the Democratic Party. The massive spending packages to cope with the pandemic were never commented on at the time, but they become the vehicle for the problems we are experienciAng now.

On the Republican side, the Supreme Court handed members what amounted to a bag of coal when the court nixed Roe v. Wade earlier this year. There are very few Republicans who anticipated the Supreme Court would actually vote to overturn Roe, and the anger and tumult that followed were very predictable.

The outcome of the midterms will depend on whether women are still as strongly motivated as they were earlier this year when the end of Roe became a shocking reality.

It is fair to say that without the abortion issue, there is little doubt Republicans would have regained the House and Senate where Democrats currently have small majorities. Republicans are making a major mistake by refusing to set their own agenda – remember, their party platform was one page long before their 2020 national convention – and are instead reacting to Democratic policies on abortion and immigration.

Every election in recent times has been a toss-up. There has been no clear mandate for either party for several years now, and the 2022 midterms will be no exception.

In the end, the caliber of candidates may well be the critical factor. Republicans have erred by selecting Trump acolytes like Herschel Walker in Georgia who lack even basic political skills.

Politics is not a business you learn everything about on your first go-round. It takes a lifetime to understand, as President Biden does, how the levers move in Washington.

By following the Trump brass band and insisting on wacko candidates, the GOP may have sabotaged its best opportunity to win back the House and Senate in what should be their election year.

On the other hand, as Hillary Clinton proved, Democrats are also adept at blowing their political chances.

So the question will be, which party will make the least mistakes?

The country will anxiously await the verdict on November 8.

*This editorial first appeared in the October 12 edition of the weekly Irish Voice newspaper, sister publication to IrishCentral.