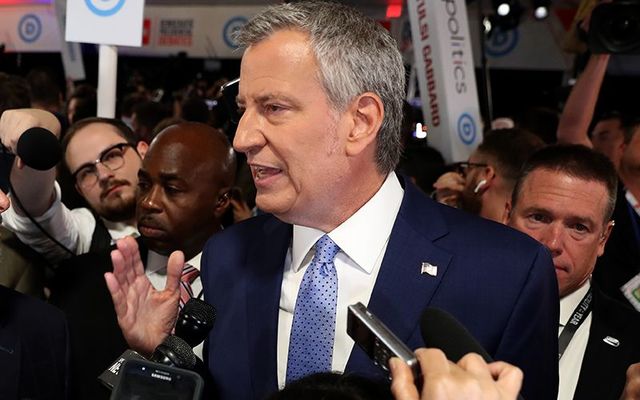 Not long ago I sat down with my movie-buff son TJ and watched "In the Name of the Father," Jim Sheridan’s harrowing 1993 movie based on the travails of the Conlon family from Belfast.

I made sure my son paid special attention to the jaw-dropping opening scene which culminates with British soldiers trapping two Catholic boys, only to have locals bombard the soldiers with everything from stones to Molotov cocktails.

“It’s like that scene in The Wire,” my son noted.

A few months back, TJ undertook to watch that classic HBO cop drama, including the first-season episode in which revenge is exacted upon abusive cops and debris is thrown at them from rooftops.

There are parallels here that are hard to ignore, as we—from New York to South Bend, Indiana—endure yet another series of painful episodes involving allegations of excessive force.

In New York, several people have been charged with dowsing police officers with water.  This isn’t exactly the same as flinging a TV set off of a roof.

Still, this is the reddest of red meat for professional cop lovers, from NYPD union heads (almost uniformly Irish American in New York) to Rudy “I love cops until it’s time to pay them” Giuliani. 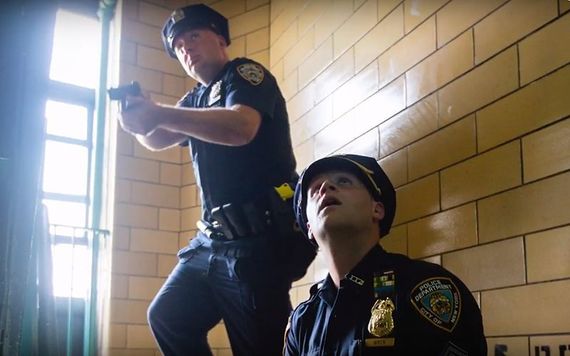 But Democrats and other progressive types are vulnerable to such attacks not merely because they ask reasonable questions about police behavior.  Too often they are as instinctively dismissive of cops as the Fox News crowd is defensive.

There it was, in The New York Times this weekend, a column suggesting that “perhaps because it has been hot and the water might not have been entirely unwelcome, the officers involved responded calmly.”

So, the cops should have said thank you?

The truth is policing has been intensely politicized by angry people on both sides of the political divide.  Trump supporters whine about a pervasive level of cop hatred, conveniently ignoring the fact that a whole bunch of TV shows, movies, and even media stories depict cops heroically.

That being said, it is Democrats and other progressives who probably have bigger police problems.  Several of their current presidential candidates—Bill de Blasio, Pete Buttigieg, Cory Booker—have actually been called out for presiding (as mayors) over a wide variety of police misconduct.

Why? Because policing is an extraordinarily complex job.

Right-wingers should not give cops a pass for everything. But the other side, too often, assumes the worst.

And there are even deeper problems among the folks who claim to be speaking up for the powerless against the powerful.

For decades, police brutality did reflect broader realities of racism in America.  But the NYPD—at least at the street level—is pretty much 50 percent non-white, as are many other big-city police forces.

Yet police-community tensions are as high as ever, and too many folks on the left chalk that up to old-fashioned racism. When, really, things are a lot more complicated.

Either way, this is personal for Irish Americans, and not just because, to this day, when there is a police shouting match, the names you read about are O’Neill and Lynch and Mullins and Monahan. 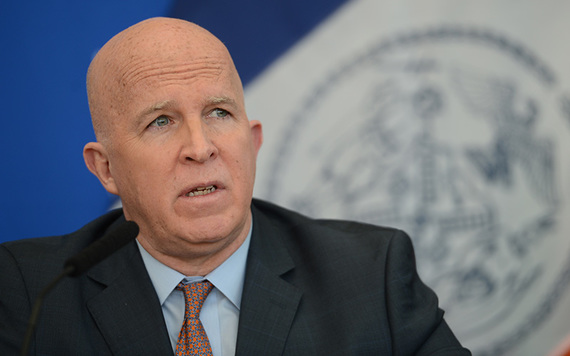 The head of the NYPD Jame's O'Neill.

The Irish—the backbone of the NYPD—have their own tortured history with law enforcement, and not just back in the old country.

“Around here, you don’t tell the cops anything.  They’re like...the enemy,” an Irish Catholic teen in 1940s Brooklyn declares in Pete Hamill’s novel "Snow in August."

In short, the Irish have a unique historical experience with policing which should allow them to see some of the gray areas in what too often becomes a black-white debate.