Democrats must not overreach in their obsession with President Trump

The Democratic Party is set to throw the kitchen sink at President Donald Trump as they have announced a plethora of investigations. 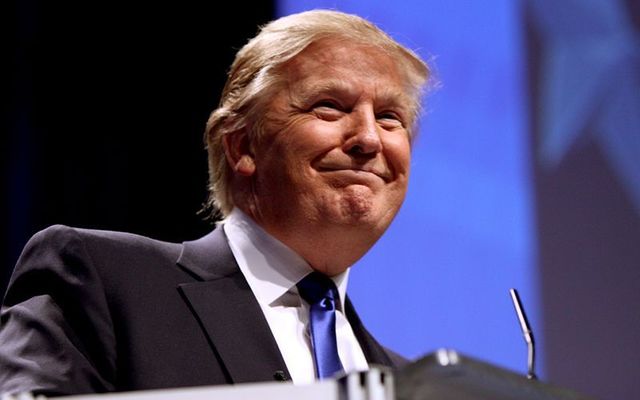 It seems the Democratic Party is set to throw the kitchen sink at President Donald Trump as they have announced a plethora of investigations in the House of Representatives which they control.

The new inquiries announced this week involve almost every member of the Trump family, and it looks like a Mafia family hit job endeavor rather than an investigation of the most important political figure in the United States.

This obsession with Trump may be a mistake. He is already doing himself and his party irreparable damage as was evident in the midterm results when a wave of Democratic blue became a tsunami, and Trump’s nightmare came true with one branch of government now firmly in control of the opposition.

The Democrats have raced to set up as many investigations as they can muster, not stopping to consider if this will this look like overreaching.

Read more: RESULTS - Do you think Joe Biden will run for president in 2020?

Yet in the fever camp that is Washington, where conspiracies erupt like skin rashes, Democrats could well hand the baton back to the GOP with overreach and vindictiveness. The general public is giving every indication that they want the Mueller investigation to finish soon and that some semblance of normal politics returns.

That is looking unlikely as Dems jostle each other for airtime as they pursue ever-increasing aspects of the possible crime family, Trump.

The reality is that Trump is taking himself down. With an economy as good as this he should have approval ratings in the sixties, but he is lodged in the low forties. He sticks to his base like a suction cup to a blocked sink, but he cannot rise above his perennial foot soldiers.

He is also suffering daily little cuts that all add up to a continuous reduction of his popularity.  For over two years now there has been a steady drumbeat of scandal after scandal, with cable news talking heads sputtering out the latest dish du jour as the Trump administration truly reveals itself in all it gaudy awfulness.

It is no doubt a corrupt regime, poorly staffed, with a chief executive who lacks even the basic skills of managing a massive political project like the presidency.

Amazingly his core sticks with him as was evident at the CPAC convention last weekend where he was greeted like a God by his conservative base despite disastrous events such as his national emergency call and his farcical encounter with the North Korean dictator Kim Jong-un.

But Trump knows by now that despite all the setbacks and revelations, 40 percent of the electorate is there for him regardless of what he does.  He wasn’t wrong when he once said his base would support him even if he shot someone on Fifth Avenue.

But it is the swing voters who Trump has had great difficulty reaching. He knows he must pivot to them at some point.

Ironically, it could be overzealous Democrats who give another winning margin to him. Dems need to learn that less is more when it comes to President Trump.

When a tree is falling in the forest it is best to get out of the way, not continue cutting. Trump is hoping Democrats will overreach and further fire up his base. They should disappoint him.