Redemptorist Father Tony Flannery has suggested the appearance of Jesus after his death didn’t happen exactly as described in the New Testament. 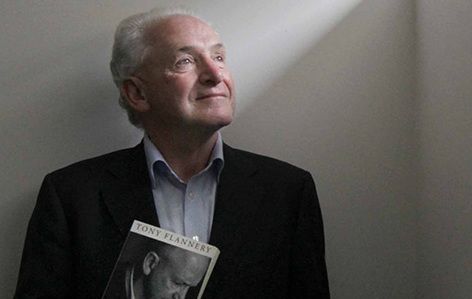 A controversial Irish priest has questioned the traditional Christian understanding of the resurrection of Christ.

Redemptorist Father Tony Flannery, 68, has suggested the appearance of Jesus after his death didn’t happen exactly as described in the New Testament.

He says that after the desolation of Jesus’ followers as a result of his death they began to realize he was still mysteriously with them.

Last week Flannery questioned traditional Catholic Church teachings on God, Mary, the Trinity, and redemption. A posting of those views on the Association of Catholic Priests website has since been removed.

Following publicity on those views, he was asked what he thought of the consecration and whether the resurrection of Jesus was another myth.

Read more: Oklahoma monks open one of first Catholic monasteries in Ireland since 1536

In a posting on www.tonyflannery.com he replied, “The resurrection of Jesus is fundamental to our faith, but that does not mean it happened exactly as it is described in the various biblical accounts.

“What it does tell us is that, after the desolation of Jesus’ followers as a result of his death, they gradually began to realize that in a mysterious, but very real, way he was still with them.

“In other words, maybe their experience of the reality of Jesus in their lives wasn’t that different to how we can also experience him in our own lives, and in our communities when we gather to pray and celebrate. The detail of how this happened doesn’t really matter very much.

“What matters is that they knew Jesus was with them, and that changed everything. For me, that is all I need to know about the reality of the resurrection.”

Flannery, a founder member of the Association of Catholic Priests, was “silenced,” or removed from public ministry, by the Vatican in 2012 for liberal views he expressed on priesthood, women priests, homosexuality and contraception.