This 9/11 anniversary, of course, arrives at a time when some Americans, to be blunt, seem more hateful than ever. 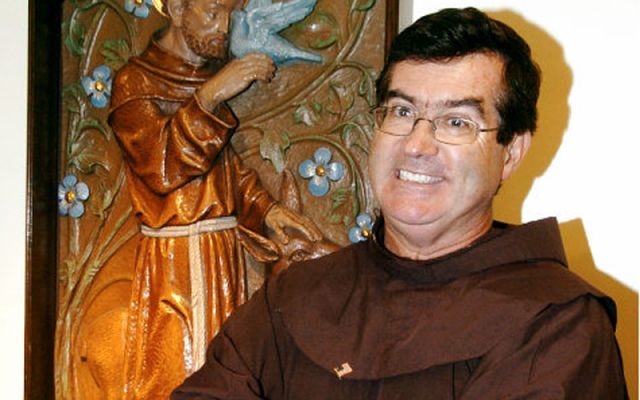 Father Brian Jordan, the chaplain for New York’s union construction workers and clergy liaison for the NYPD, speaks about the ongoing tragedies

This week, as we again prepare to mark the anniversary of the 9/11 terror attacks, we received another awful reminder of that terrible day.

A retired Irish American firefighter from the Bronx, who spent weeks at Ground Zero after the attacks, died following a battle with cancer. Michael O’Hanlon was 59 years old.  His parents came to the U.S. from Ireland and settled in the Bronx. 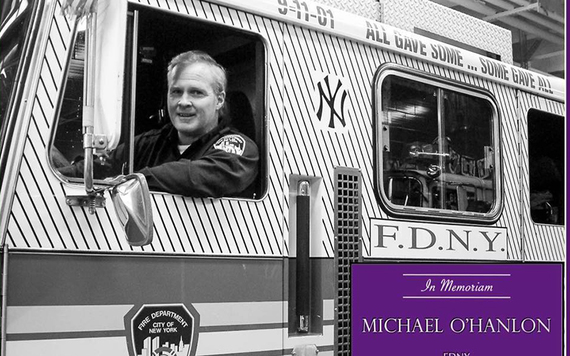 This is a sad, all too familiar story for Father Brian Jordan, who serves as chaplain for New York’s union construction workers and clergy liaison for the NYPD.

“It’s very sad,” Father Jordan told our sister publication the Irish Voice, when asked about the toll 9/11 continues to exact.

“Back in June of this year, I buried one of my friends, a retired police detective.  In July, another friend of mine died (from 9/11 related illness),” added Jordan, a Brooklyn native with Irish roots in Roscommon, Kerry, and Wexford.

Sixteen years after the terror attacks, these ongoing tragedies have made it even more difficult for families to focus on healing.

“It takes time,” notes Jordan.  But he adds, “There is always hope.”

For Jordan, as terrible as the terror attacks were, something not only important but miraculous happened right after 9/11.  The finding of what has come to be called “the Ground Zero cross” was, to Jordan and many others, a divine sign that hate would not and could not overwhelm New Yorkers.

“This was the beginning of the healing for many of us,” said Jordan, of the T-beam cross that was – fittingly – discovered by a union construction worker just two days after the towers collapsed.  The T-beam strikingly resembles the crucifix upon which Jesus was crucified.

“This was a sign that God did not abandon us at Ground Zero,” Jordan says. “This was something mystical and divine.”

Jordan even published a book a few months back entitled "The Ground Zero Cross," which, in Jordan’s words, chronicles “the 13-year odyssey I’ve had with the cross.”

In the wake of the cross’ discovery and its erection at “the pile” during the rescue, recovery and clean-up phases of the operation, Jordan became something of an unofficial guardian of the cross.

This included a three-year legal battle with an atheist organization which, for a time, sued Jordan personally.  They argued that a Christian symbol should not be erected at a public space.

Courts eventually sided with Jordan and the many allies he credits in the book, who saw in the cross a symbol of hope which had emerged from an evil act.  The cross has found what is likely to be a permanent home at the National 9/11 Memorial Museum.

“This was not a national tragedy but an international tragedy,” notes Jordan. “Eighty other nations lost loved ones on this day. … (the Ground Zero cross) provided consolation and peace for many people.”

This 9/11 anniversary, of course, arrives at a time when some Americans, to be blunt, seem more hateful than ever.

“The soul of the nation is being tested right now,” says Jordan.  “It is my great belief that God’s overwhelming love for us will triumph.  No particular person or persons can take that away.”

To those who, in the name of Christianity, are proclaiming America must be “saved” from non-Christians, Jordan says, “Jesus called on us to embrace all of his commandments and people.  Being Christian is a full-time vocation.”

On September 11, Jordan will return to the Trade Center for memorial services.  He will then go to St. Francis College in Brooklyn, where he also serves as chaplain, for a service dedicated to alumni who died 16 years ago.

And once again, he will do his best to convince people that it is best to focus on healing and hope.

Jordan then quotes Maya Angelou. “Hate has caused a lot of problems in the world.  But it hasn’t solved one yet.”