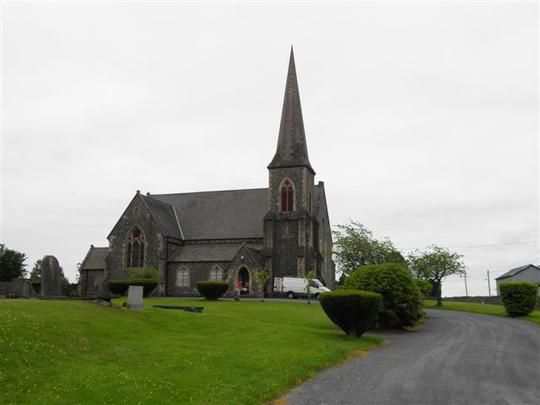 Forget about religious disunity among communities in a town along the Irish border. Catholics and Protestants will now pray under the same roof after St. Maeldoid’s Church of Ireland, run by Protestants, opened its doors to Catholics in Castleblayney, Co. Monaghan, after their church, St. Mary’s, closed for renovations.

It means there will be weekly Protestant services, as well as Masses and other Catholic ceremonies, in the same building at different times, until work is completed on St. Mary’s in June 2018.

Protestant rector Reverend Neal Phair told The Belfast Telegraph his congregation looked forward to sharing their place of worship with their Catholic neighbors. “I’m good friends with Father Pat McHugh, the parish priest at St. Mary’s, so when he told me about the year-long renovation project I told him he could have the use of our church,” Phair said. “My parishioners are absolutely delighted; there’s a very good community spirit in Castleblayney and everybody was fully behind the initiative. Everyone thinks it’s great news and a lovely idea. It’s fantastic that we can help each other out.”

Castleblayney, about four miles from the Northern Ireland frontier, is going to be one of the Irish towns most influenced by whether Britain’s Brexit will mean a "hard" or “soft” border. It’s in the diocese of Clogher which stretches across the border and includes, for both churches, most of Fermanagh and areas of Donegal, Leitrim, Cavan and Monaghan.

Phair added, “Our two bishops of Clogher always issue joint Easter and Christmas messages and there’s a lot of cooperation between the Church of Ireland and the Catholic Church. “We have a vast amount in common and we already share other services, such as the week of prayer for Christian unity, and Fr. Pat and I are very ecumenically-minded and we would like to do as much as possible together.” McHugh said, “Thanks to the kind spirit of good neighborliness and generosity on the part of the local Church of Ireland community, we are very fortunate to have the use of St. Maeldoid’s Church.”

A spokesman for the parish council at St. Mary’s said, “This is a huge development in interdenominational relations and it sets a headline for the country, especially the North.

Can a united community like this be an example for a better Ireland?