Ireland's leader, an Taoiseach Leo Varadkar is not sure if British Prime Minister Theresa May loathes him. 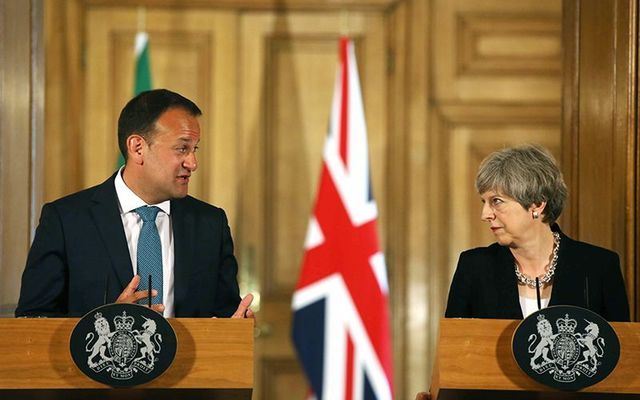 Ireland's leader, an Taoiseach Leo Varadkar is not sure if British Prime Minister Theresa May loathes him.

His admission came following British media reports that relations between Varadkar and May have become cold.

The Irish Independent reported that Varadkar has become a target for some British media outlets since insisting the Irish backstop, which guarantees a soft border between Ireland north and south, must remain in the withdrawal agreement as Britain leaves the EU.

The Brexit-supporting Daily Mail claimed that May “loathes” Varadkar. As a result, she had outsourced communication with Dublin to her number two, Cabinet Office Minister David Lidington, because of the chilly relationship.

Asked about the report, Varadkar said, “I'm not sure if the feeling’s true, and I'm not quite sure where that particular idea comes from.”

He said the idea of restricted contacts was “patently not the case because as recently as last week we spoke on the phone.”

May has set the week beginning January 14 for a vote in Parliament on Brexit. The vote to confirm the agreement between the British government and the EU was postponed last week when it was obvious it would be lost.

May survived a challenge to her Tory party leadership, with one-third of the Conservatives against her.  She has said she will not lead the Tories into the 2022 general election.

She flew to Brussels last week in a desperate bid for concessions that would help the Parliament vote in January, but she failed to win any.

She said more discussions with EU leaders will take place in the New Year before the Westminster vote in the week starting January 14.

Separately, May slammed former British Prime Minister Tony Blair for suggesting a second Brexit referendum. She said she could not, as Blair would, abdicate responsibility for the people’s decision.

How do you think Leo Varadkar is dealing with Brexit? Do you think Ireland will get the best deal of Brexit? Let us know in the comments section below.