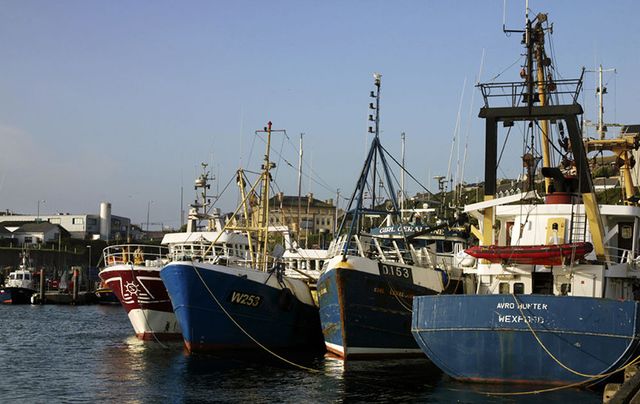 Since 1964, under the London Fisheries Convention which Britain signed before it entered the European Union (then known as European Economic Community or Common Market), Irish trawlers could fish in waters up to six nautical miles from Britain’s shore.

Now, under a move launched on Sunday and set to be law in two years, they will be unable to go closer than 12 nautical miles.

The 1964 London convention allows vessels from France, Belgium, Germany, Ireland and the Netherlands to fish within six and 12 nautical miles of the U.K.’s coastline.  Under current EU rules other countries can only fish for specified catch sizes between 12 and 200 miles off Britain’s shores.

Under Sunday’s announcement the London convention, which was incorporated into the EU Common Fisheries Policy, will be ended in two years.  That means U.K. vessels will also lose the right to fish in the waters six to 12 nautical miles offshore of their neighboring countries.

British ministers claimed the move would help take back control of fishing access to U.K. waters, as it will no longer be bound by existing access agreements.

British Environment Secretary Michael Gove said, “It means for the first time in more than 50 years we will be able to decide who can access our waters.”

Irish Minister for the Marine Michael Creed said, “The announcement by the U.K. government is unwelcome and unhelpful.”

He said it was a part of Brexit and would be considered by the EU’s other 27 member states and the team headed by Europe’s chief negotiator Michel Barnier when the negotiations with Britain commence.

Sean O’Donoghue, chief executive of the Killybegs Fishermen’s Organization, a large fish producers’ group based on Ireland’s west coast, said it is an aggressive measure by the British.

“We are not surprised, we did expect it. The access for us is huge but the access between six and 12 is not our greatest priority,” he added.

O’Donoghue said it was important to retain the access available to other European countries to fish in waters between 12 and 200 miles off the British coast.