Look at books: Songs of the "unstoppable" New York Irish

Review of "The Unstoppable Irish: Songs and Integration of the New York Irish, 1783 -1883" by By Dan Milner 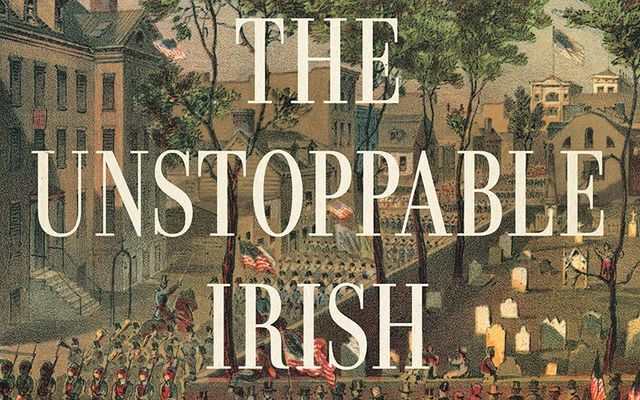 Artwork from the cover of "The Unstoppable Irish".

Review of "The Unstoppable Irish: Songs and Integration of the New York Irish, 1783 -1883" by By Dan Milner

Being Irish in New York City once meant being feared, dismissed or despised. That was the story of the 19th century from the Famine ships to the draft riots to the pitched battles in the Five Points.

It's fascinating how many of us have largely forgotten that we were once the kind of emigrants that the colonists who arrived here first wanted to keep out. From 1783 when the British military forces evacuated until 1883, our progression in the new world was more halting rather than fluid, full of stops and starts, on the long and challenging journey toward full acceptance as equal citizens of the wider city.

Cover of "The Unstoppable Irish: Songs and Integration of the New York Irish, 1783 -1883" by By Dan Milner.

Author Dan Milner takes New York for his subject rather than America, understanding it to be a place apart from the very beginning, established by Dutch interests, not English ones, with deep connections to the old world and the new one.

He argues the Catholic Irish of the city gradually integrated rather than assimilated, meaning they retained what made them distinctive and surrendered little of themselves in the path toward full citizenship.

He uses music and song to tell the story of the tribe, understanding its passion and its brilliance, and discerning the attitudes and beliefs that it reflected in over a century of profound change.

Music and song is the royal road into the psyche of the Irish and this book is a profound meditation on the journey toward becoming that was taken by the Irish of New York in the 19th century. In all of us that journey lives and these songs and what they tell us about the hopes and dreams of our forebears, as well as the heartache they endured, reward the scrutiny that Milner brings to them here.