Bob Geldof has launched another stinging tirade over Brexit, describing the ongoing political stalemate as "nuts beyond nuts.” 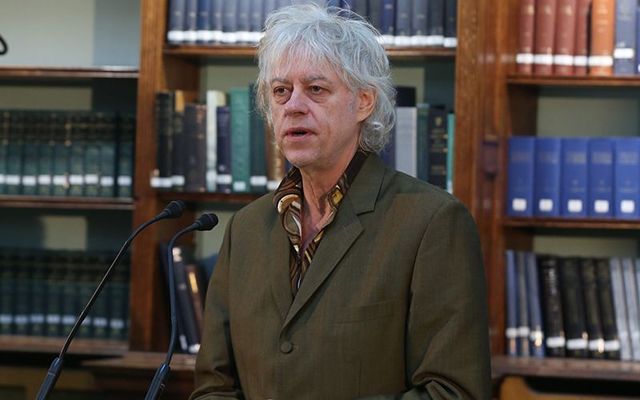 Remainer Bob Geldof can't get over the current state of politics in Britain.

Bob Geldof has launched another stinging tirade over Brexit, describing the ongoing political stalemate as "nuts beyond nuts.”

The Dublin-born Live Aid hero, Bob Geldof, was one of the most vocal remain supporters in the run-up to the referendum three years ago.  Since then the outspoken 67-year-old has stepped up his opposition to the United Kingdom's exit of the European Union while continuing to campaign vigorously for a second referendum on Brexit.

But in a new interview, the U.K.-based singer and activist, who in 2016 famously described Brexit as the "greatest act of self-harm in British history,” admits he's now struggling to make any sense at all of the political impasse in his adopted country.

He told the New Zealand Herald, "It's got worse.  It's almost become a mania.  Whatever reasons there were for it in the first place, it's moved well beyond that.

"To live minute by minute through it is extraordinary.  It's -- this is the wrong word, an inappropriate word -- the most exciting time in politics I've ever lived through and I've lived through a lot and been involved with a lot, but this is nuts beyond nuts, beyond belief."

The infamously fiery singer also said he now feels angrier than he ever did when he started out in the 70s with The Boomtown Rats, adding,  "If I was a kid I'd be completely enraged."

Meanwhile, Geldof said he remains busier than ever, juggling his work as an activist and a musician.  The Rats, who remain a big hit ion the festival circuit, are due to release an album in February next year, while a Netflix documentary on the band is also due to be released around the same time.  But the humanitarian, who's still chairman of the Band Aid Trust and has a private equity firm that funds African businesses and employs about 10,000 people, says his charity work is still his biggest priority.

"I love being in Africa and I guess there's no reason for me to stop.  If you can implement change, if it's possible, then you should try and do so,” he said.