Benedict the Shadow Pope and a changed Ireland

The funeral of Pope Benedict XVI, who was never popular in Ireland or abroad, will be attended by just one Irish representative. 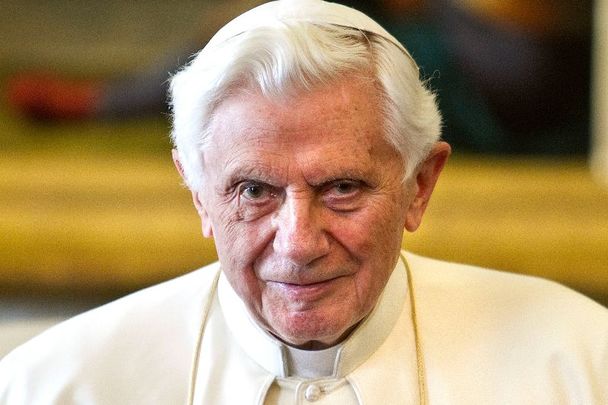 The fact that Ireland is not sending its head of state, President Michael D. Higgins, to the funeral of former pontiff Pope Benedict XVI is a stunning development in and of itself. Instead, the Irish ambassador to the Holy See, Frances Collins, will be the only Irish representative there.

In former days, the Irish state would stop functioning upon the death of a pope and a special period of mourning announced, but Benedict, who died on New Year’s Eve, will have neither.

He was never a popular pope in Ireland or anywhere else, preferring the arcane pursuit of ideological minutiae to the vastly more pastoral role as practiced by the current pope.

There are other factors in how Benedict will be laid to rest, of course. The fact that he was a retired pope, a situation we have not seen in 600 years is the most obvious, but the muted response worldwide to his death is an indication that Benedict was never very popular.

Then again it was hard to become popular when your nickname before becoming pontiff was the “pope’s rottweiler,” a reference to his ferocious determination to stamp out unorthodoxy wherever he could find it. Benedict was far more interested in doctrine than compassion, ruthlessly banishing any attempt at more liberal policies.

As a result, he became a darling of the far-right caste in the Vatican who will mourn him deeply. That will also apply to the right-wing faction in general, which includes many conservative prelates in the United States who prefer an iron fist approach and express a yearning for the good old days when heretics were outed and the Vatican’s words and wishes were law.

This faction, which sought to ban Catholics who did not oppose abortion from receiving Communion, saw in Benedict the leader who could turn back time and insist on a pure and sanctified church.

But of all the issues that dragged Benedict down from his throne, it was pedophiles in the church that caused the greatest chasm. As the Vatican prime minister, Benedict carried on the disgraceful policy of cover-ups and falsehoods to shield the church from the full weight of the responsibility.

The ability of Cardinal Bernard Law, who knew well pedophile priests were rampant in his archdiocese of Boston, to escape scot-free is a singular case. He left for Rome right before the law arrived and, incredibly, was promoted to a position of vast prestige.

Benedict showed some admirable traits too, his decision to retire while still in office among them. It could not have been easy, whatever the compelling reasons to give to the Holy See.

His relationship with his successor, Pope Francis, was polite but tense as he witnessed Francis tearing down his construct and opting for a far greater openness in the church.

In the end, both will become historical figures who, in an extraordinary series of events, ended up representing a massive change from the past.

Benedict’s true reasons for stepping aside have never been fully explained, but the action taken was profound and important. Hopefully, he has established a road map for the future where no pope is expected to last to the bitter end.