The Awakening - Ireland and Irish America in the summer of 2021

After COVID, there will a rebirth, a fresh start, a new joy in the old relationship between the United States and Ireland. 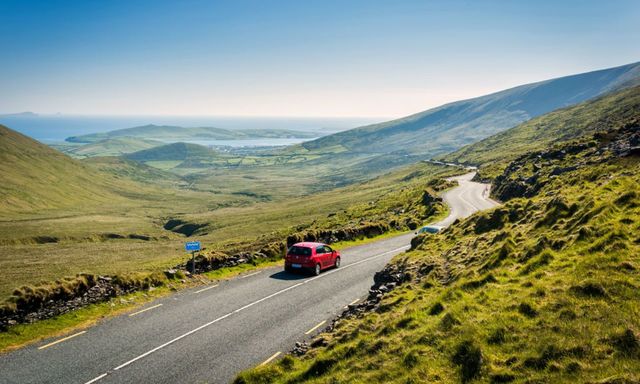 Once we've beaten COVID-19, the summer of 2021 will mark a rebirth, a new joy in the old relationship between the United States and Ireland with a trip home for millions of Americans to celebrate this cherished bond.

When the lights finally come back on in Ireland, America, and the rest of the world, the shape of life will have altered forever.

We have seen the enemy and he was not a marching army or a nuclear bomb but a microscopic dot of virus that stopped the world in its tracks.

We are suddenly as vulnerable as new-born babes and it is as profound a change as anyone has seen in their lives.

But when that glad day of a vaccine or a cure comes we have to rethink so much that a massive reconnect with people and places will be necessary.

Take Ireland and the United States for example. Tourism nurtures the ties that bind the two historic nations together. It is the tourists, like the 1.8 million Americans who came to  Ireland in that far-off year of 2018, who spark an economic engine of intense importance to Ireland.

It is critical Ireland refocuses and retains the American market.

The bias against “going foreign” is likely to be there among Americans but with the 35 million Irish Americans of Irish background, there are already many  “mystic chords of memory” to reignite.

Looking at the 2018 figures we can only imagine the human networks created, the hospitality, money spent, the tourist attractions visited, the ubiquitous dollar dropping into stores, pubs, eateries big and small across the island, the rush to gift stores, all part of the eternal ties that create links generation after generation.

There is virtually no hope left for summer 2020 of a last-minute resurgence. The grim forecast is that yet another wave of coronavirus might come washing over both our shores, Travel will be last on people’s lists.

The big Transatlantic liners might as well be in mothballs in the Mojave desert like so many other ghostly fleets.

But let’s be optimistic and go by many scientists' claims that by 2021 the virus will no longer be top of mind, that a vaccine will have halted its death march, and that people will not consider travel a possible existential experience that can kill them.

In that instance, Ireland will have to react in a huge and positive way to the re-opening of the traveled world. In terms of America, Ireland’s most important tourism market by far, the most creative minds should be put to the test.

The obvious exemplar is that spectacular success called “The Gathering” that brought so many hundreds of thousands to Ireland’s shores in 2013. Like The Wild Atlantic Way concept in 2014, it was a stroke of marketing genius.

But a new initiative needs a different title to factor in the different stream of history that has brought Ireland and America to this new point together.

Read more: The Green mountains of Sligo and Leitrim

In the Irish wake, the corpse often wakes up as in that wonderful shanty “Finnegan’s Wake.”

“The Awakening,” or in Irish Aiseiri, could signify a new rebirth, a new joy in the old relationship, a fresh start, and a visit home for millions of  America to share the cherished bond forever.

New links, new genealogy events, new efforts by every house and hamlet in Ireland to reconnect with ties and roots that bind form overseas events that celebrate in song, word and story the mighty connections should all be on the dance card. There should be a massive effort to connect younger Irish Americans to their heritage trail with programming coming from their generation. Since the passage of same-sex marriage, the massive goodwill towards Ireland by LGBT groups should be factored in.

The relationship between Ireland and America, like all European countries and America, is about to undergo a sea change, brought about by COVID-19. Some countries will learn to strike new chords of memories that will lead to far greater connections in the future. Ireland must be one of those that takes unlikely advantage of a crisis.

Like The Gathering, and The Wild Atlantic Way It is an idea whose time has come.

This new Discover Ireland video says it all - "we will return:"