As the Ringling Circus closes Donald Trump comes to town

"That brass band, incidentally, will be very loud and will be dominated by the Trumpet section. There will be many performances when the ringmaster will actually not be physically present at all but will be cracking his long whip on Twitter." 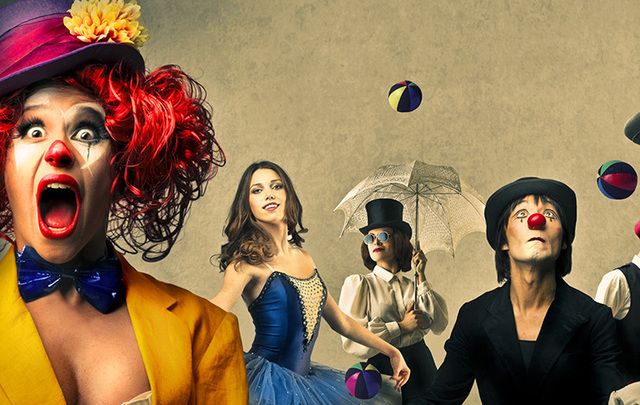 In the circus! "That brass band, incidentally, will be very loud and will be dominated by the Trumpet section. There will be many performances when the ringmaster will actually not be physically present at all but will be cracking his long whip on Twitter." iStock

I will have a world exclusive special offer just for you folk, as promised before Christmas, coming up in this space next week. That depends, of course, on the hope that we will have a next week on this troubled globe.

Given the political events coming up in the U.S. on Friday, and for some time past, that possibility for me, and for many over here in Ireland too, is a valid enough concern. We will leave that worry aside for the time being. There are amazing linkages and connections around us always, are there not, especially in the jungle that is big business internationally. Do any of you wise people over there, in the midst of your travails, see any linkage like that at all between your current political situation and the fact that the astute Ringling Brothers circus bosses announced a few days ago that they were closing down their world-famed circus, once billed as the greatest show on earth, after something like 140 years on the road?

During tonight's #CircusXTREME show in Orlando, Kristen Michelle Wilson made her debut (and history!) as Ringling's first female Ringmaster pic.twitter.com/MPL73cQp8u

I was surprised for a little while but then realized that the Ringling Brothers were showing really smart thinking under the circumstances. I would like to compliment them on that. You see, as they stated in their release, keeping a huge circus on the road is a very expensive operation altogether at the best of times. And they are smart enough to realize in good time that they cannot compete at all in 2017 against a multi-billion circus opening up in the White House this very week at the taxpayers' expense. Is that not a fact? The new circus in the White House has already assembled a program featuring the largest elephants and mammoths the world has ever seen. They will be backed up when they perform by numerous supporting acts including a mad dog, linguistic tumblers and acrobats, ravenous hyenas and chimpanzees and other performing animals of that ilk, all led and driven by what could be called the Trumpling Brothers.

Trump wants you to come to the inauguration so bad he's buying Facebook ads https://t.co/lDLYhN3sD1 pic.twitter.com/Rz8MwlIcQz

And the entire show will be dominated for as long as it lasts by a ringmaster that, beyond any doubt, the poor Ringling Brothers could not hope to compete against. So they are cutting their losses, like the sensible men and women they are, and hightailing it out of town. It is early days yet, but I surmise that the new White House circus, unlike our European circus fraternity, will not feature any Muslim performers at all no matter what reputation they have earned in their lives.

It is possible that the strongman will be Russian. It is even possible there will be a Chinese acrobat on the show.

There will be an almost invisible Afro-American presence, except perhaps in the very back row of the brass band. No German artistes will feature; there will be no paddies either.

That brass band, incidentally, will be very loud and will be dominated by the Trumpet section. There will be many performances when the ringmaster will actually not be physically present at all but will be cracking his long whip on Twitter in the early hours of the following morning. Anyway, that is the way that the Ringling Brothers and myself and many more over here see your situation today. Maybe we are wrong and you have bright days ahead, and I hope and pray that is the situation. Meanwhile, for those of you who are like Robert De Niro, contemplating an exile far from the White House and it's circus, I again promise that you will be keen to read by world exclusive in this space next week. If there is a next week!