It's a tricky road to mastering diversity and not pushing those who feel marginalized into the national fringes. 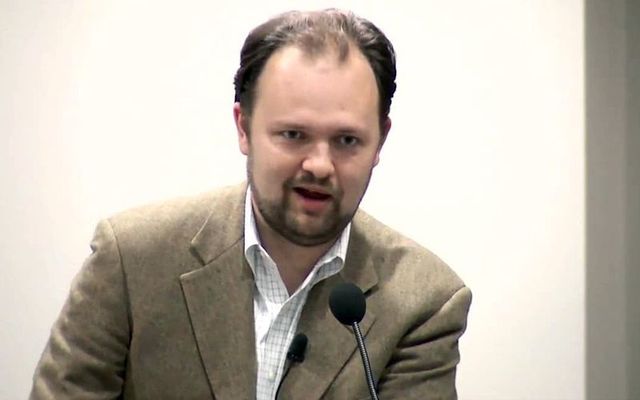 A few weeks back, New York Times columnist Ross Douthat wrote about Irish American Michael Brendan Dougherty, and his efforts to reconcile his bland upbringing in New Jersey with the romantic vision of Ireland his (mostly absent) father offered.

In short, Dougherty -- who explores all of this in a new book entitled My Father Left Me Ireland -- struggles to figure out if he inherited or simply invented things that were central to his identity.

“Much of that inheritance is now regarded skeptically in Ireland,” Douthat notes.

Both Dougherty and Douthat raise important questions about identity, questions that people on all sides of the political debate need to consider.

Let’s focus on my fellow progressives.  Douthat and Doughtery are far too tactful to put it this way, but it does need to be pointed out that these are two white males going on and on about their identity. That’s a good thing.

Read more: An American son searches for home in My Father Left Me Ireland

There is a progressive impulse to mock such endeavors because white males barred so many marginalized folks from such investigations for so long.  But even white males have to figure out their place in the world, the narrative they want to pass on to their children. Otherwise, bigots and fools rush in to fill in the blanks.

Douthat admits to feeling “a curious kind of envy” for Doughtery. “Not for his childhood fatherlessness, but for his potent personal connection to a tradition that even in its weakness, its abandonment by many modern Irish, still seems like a potentially coherent national narrative...I have some Irish blood and I like the same ballads as Dougherty, but my lineage and loyalties are more purely American, and what a similar creative traditionalism would mean for Americans seems to me about as clear as mud.”

But that is only because -- and I’m looking at my fellow liberal progressives here -- certain folks have not been willing to let any light of diversity shine on “white” identity.

White is privilege and privilege is white and that’s that. As if there are no shades or complexity in any of this.  And so, the only way to be down with the struggle -- any striving to make the world a better place -- is to slough off that part of your identity, as a snake does its dead skin.

“Since the crackups of the 1960s,” Douthat laments, so many Americans have been living “with polarized narratives of Who We Are that don’t seem reconcilable, with partisan identities overriding communal ties and without a common understanding of Americanness that doesn’t just seem like…the self-serving claims of the white man’s past.”

He adds, “Like Dougherty, I have young children, and I want to give them a story of America that coheres as an inheritance. But I’m not sure what that means, exactly, if I’m raising them Catholic in an increasingly post-Protestant or even pantheist America. Or if I want them to honor old ancestors whose commitments our culture now repudiates.

“Or if I want them to be conservative, in some sense, without being trapped by nostalgia or tempted by the darker side of nationalism. Or if I want them to see their country’s sins clearly — as the left often sees more clearly than the right — without falling prey to the progressive tendency to remember the past only in order to hold it in contempt.”

That’s the problem.  We’ve made great strides when it comes to “diversity.”  But we have to keep going.

Too many folks who are a mere two generations removed Ellis Island feel one of two ways: as if they are descended from royalty, or their past is a crime.

There is a middle ground. Denying this is a form of identity theft, especially when the person hands over their identity to a bigot or a fool.

Feel free to mock white dudes like Douthat and Dougherty who lament their identity crises.  But doing so only pushes them into the nationalist fringes. And that’s not good for anyone.