A “Yes” to Brexit would be disastrous for Irish / British relations

Don't believe a word that if Brexit passes on June 23 it will have no impact on British/Irish relations. 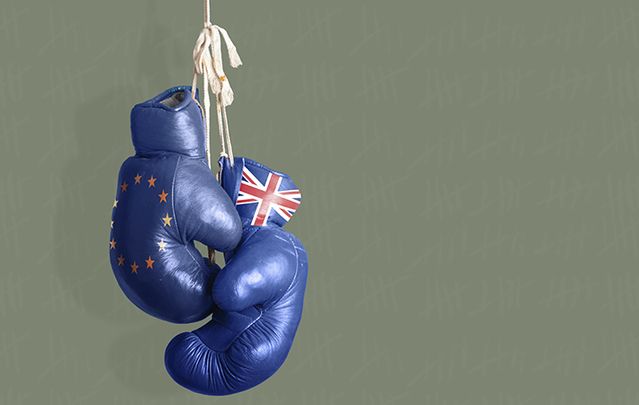 Don't believe a word that if Brexit passes on June 23 it will have no impact on British/Irish relations. iStock

Don't believe a word, mostly from Tory politicians, that if Brexit passes on June 23 it will have no impact on British/Irish relations.

In fact, the Brexit referendum in which U.K. voters will decide whether to remain in the EU or cut ties, could be disastrous.

The Irish in Britain can make a major difference on Brexit. By voting 'No' to leaving Europe they will be doing the right thing for Ireland and for themselves, given the downside risks involved in voting to leave.

There are 600,000 Irish-born in Britain with millions more second generation. The Brexit vote gives them an extraordinary opportunity to have their voice heard loud and clear.

They have skin in the game. Brexit could lead to passport controls and a plunge in foreign investment in Britain where so many Irish work, driven by the fact that Britain would no longer be a gateway to the EU. Irish companies exporting to Britain could be suddenly under pressure with tariffs placed on goods.

There are consequences for Northern Ireland too.

Certainly don’t believe a word that it will not affect the North, where there is a strong possibility that border posts and security will be re-installed.

Though unionists are crowing about that, retreating back into their bunker mentality, they really should not.

Border towns on both sides will be devastated. Success stories like Newry, which thrived after the borders were removed, would likely sink back into the bad old days.

International business knows no boundaries, and those who remember the old border know the hold ups could be very substantial and time consuming, especially now that there are many more vehicles on the road and commerce between Dublin and Belfast has increased dramatically.

It is a vital market on both sides of the border. As the Irish Independent recently noted, ”Selling from the Republic into Northern Ireland, or from the North into the market here is the first exporting move for almost three-quarters of companies on the island of Ireland, a new survey shows.”

We are talking about a $3 billion market, one that would be savagely hit by the physical hold ups especially of perishable products in an era where time is definitely money.

So there is nothing good for the Irish in Britain, the Irish in Ireland or the Northern Irish on both sides, empty promises aside, if Brexit passes.

It is time the Irish in Britain stood up and were counted. Irish Americans should make that point if talking to their Irish counterparts in Britain.

The British system does not normally help the Irish community with its scattered numbers all over the map. However, Brexit is a referendum where every vote counts.

They should vote 'No' to Brexit. It will damage the Irish economy north and south and introduce political uncertainty.