The root of all evil, and the hard lessons learned on 9/11

Two decades after the atrocity of 9/11, "closure" to some is meaningless. 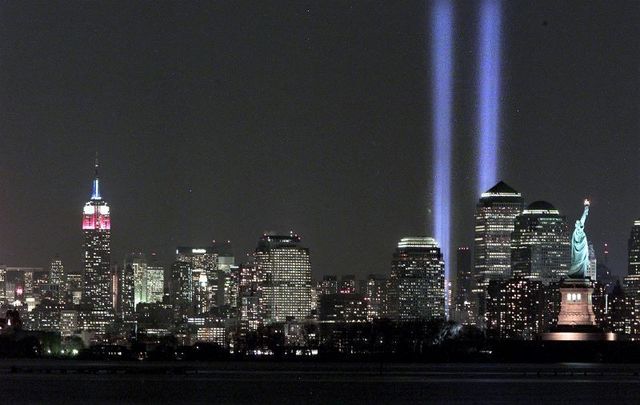 Remembering 9/11, and the root of all evil, nearly two decades after the attacks. Getty

The evil that was wrought on September 11 continues to this day, but we hope that we have learned from our foolish mistakes that did nothing for the sacrifice of the men and women in the Twin Towers.

They are shadows now, 17 years after the dreadful event, except to the families who loved and lost them on September 11, 2001.

For many families the term “closure” is meaningless. Knowing loved ones died in an inferno will forever haunt them.

There are no graves for over 1,000 of the 3,000 or so who perished.  Remains are being identified at the glacial rate of one per year.  The families of the unidentified know the prospects of a decent burial for their loved one grows smaller every day.

Many families have moved on or found ways to touch their beloved ones one more time. A fire helmet he wore.  A vial of blood he or she donated. The sadness lingers nonetheless.

Posted by IrishCentral.com on Tuesday, September 11, 2018

It was the root of all evil that September 11th.  The Irish American community with its massive fire and police presence lost over 1,000, many Irish born. Their voices call to us each year, and we should never forget their bravery and their ultimate sacrifice.

We remember official victim number one, Father Mychal Judge, who stands for everything good about a priestly life despite all the dreadful actions of other men of the cloth.

Fr Judge was among the first into the burning buildings, praying and comforting his beloved firemen even as they went on that dreadful journey up the steep stairs to death. 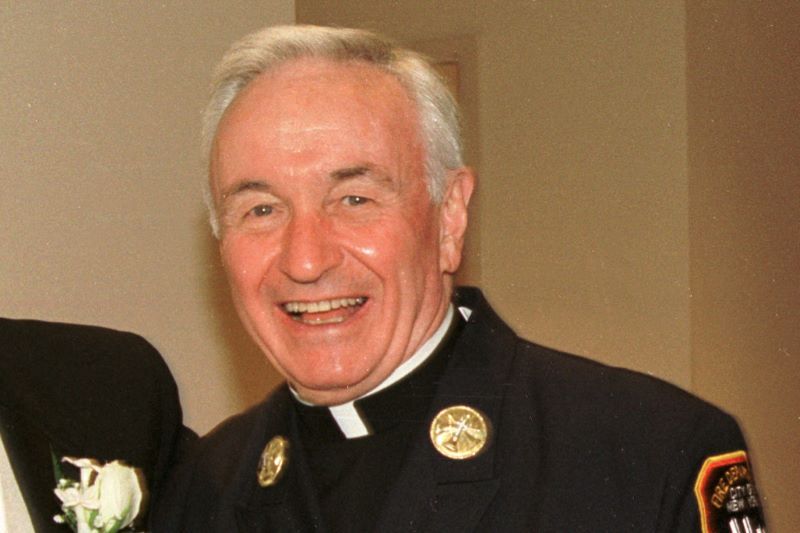 He died doing what was most needed, giving help and succor to those in need. Even still, his iconic photograph being borne by two firemen away from the blaze lingers in memory.  In the enormous silence of the years that have passed since somehow Father Judge, still stands out.

The evil that was wrought continues to this day too alas, much of it due to overreaction from the presidency of George W. Bush.

Iraq had zilch to do with 9/11 but the chicken hawks led by the loathsome cowboy Dick Cheney insisted on attacking anyway on the basis of trumped-up evidence and misdirection. Bush was desperate to clear the Middle East of a dictator and strongman he disapproved of and impose an American hegemony.  What we got instead was a continuing nightmare.

Yes, we are still in Afghanistan but that was a just war, rooting out the merchants of death in Al-Qaeda who had taken up residence there at the behest of the Taliban.

But it was the fall of Saddam Hussein that created the most chaos.  Afterward, we had the endless war, the thousands of American deaths, the collapse of Iraq, the rise of ISIS, the bloody battle to defeat them.

Such violence has been the dreadful coda to the 17 years since 9/11, war drums beating slowly, their cadence heard throughout the Middle East to this day.

American history is full of bad wars, Vietnam and Iraq just the two latest. The present occupant of the White House has made clear his bellicose nature, so be afraid that yet another conflict may come to pass.

But let us hope that is the lesson of 9/11. Starting wars like the one in Iraq was a foolish mistake that did nothing for the sacrifice of the men and women in the Twin Towers.

A safer world for all mankind is what we seek.  We will be lucky to get it.