The man, who was falsely accused of stealing money from a local agent, claims his former employer abandoned him in a Congo jail. 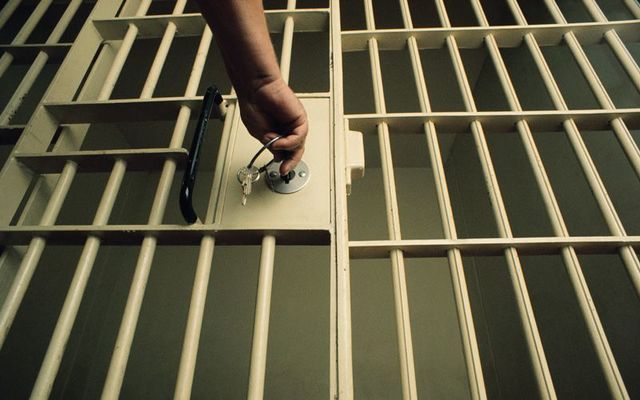 Irishman Ronan O’Mhaoinigh was falsely accused of a crime and spent two months in a Congo jail under hellish conditions. Getty Images

An Irishman is suing a Canadian oil firm for €11.5 million, claiming his former employer abandoned him in a Congo jail on bogus corruption charges.

Ronan O’Mhaoinigh had been working for Alberta’s United Safety International (USI) in the Republic of Congo for only six weeks in 2015 when he was arrested on false accusations of pocketing €2 million in fees allegedly owed to a local agent.

O’Mhaoinigh was sent to a local jail, where 300 prisoners were crammed into a space the size of two basketball courts. He spent the next two months locked up under hellish conditions, with no running water, surrounded by a canal of raw sewage and fearing the violent gangsters who ruled the prison.

O’Mhaoinigh eventually was able to flee the country with his wife, a Congo native.

The couple are now suing his former employer. His case, which was lodged with a court in Alberta, claims he was diagnosed with PTSD due to the incident and is seeking damages for “economic loss.”

The Irishman claims he was used as a pawn by local authorities because USI had ended its contract with a local agent, The Irish Sun reports.

O’Mhaoinigh moved to the Republic of Congo in 2012 with his Congolese wife, whom he met while working in Colombia. He started working as an account manager at United Safety, an oil and gas safety-equipment supplier, in January 2015.

Only a few weeks later, he received a subpoena requiring him to meet a local judge in a courthouse in Pointe-Noire to face unspecified legal accusations.

O’Mhaoinigh was accused of  keeping €2 million owed to United Safety’s former agent Marc Emanuelli, a man with alleged links to the nation’s autocratic rulers who was hired as a facilitator to navigate local culture, language, and tax laws.

O’Mhaoinigh said he knew nothing of Emanuelli and pleaded ignorance of the whole situation, but the judge promptly had him imprisoned. In the suit, O’Mhaoinigh claims United Safety’s lawyer said and did nothing to help him.

It turns out the company had ended its contract with the Emanuelli, a French-Lebanese citizen, just days before the Irishman’s arrest in Pointe-Noire. The arrangement had given the agent 10 percent of any deals the company struck in Congo, the National Post reports.

O’Mhaoinigh alleges the USI exposed him to danger through its questionable dealings with Emanuelli, struck a back-room deal for his freedom that left a baseless criminal charge hanging over his head, and laid him off not long after the ordeal.

USI has denied all allegations and claims it pursued all legal channels to get O’Mhaoinigh out of prison.

The firm claims the situation was exacerbated by O’Mhaoinigh’s own actions, including “aggressive and disrespectful behavior” in the Congolese courts, an attempt to bribe a police officer, and refusal to co-operate with the company and its lawyer.

In court documents, O’Mhaoinigh says the incident has ruined the couple’s lives.

After leaving Congo with nothing, the couple eventually moving to Ireland, He tried to obtain a visa to Canada, but his application was rejected because of the false criminal charge.  O’Mhaoinigh claims his career in corporate finance is effectively over, as the outstanding  criminal charge has turned off most employers.