The majority of new COVID-19 cases are linked to meat-processing plants in the midlands. 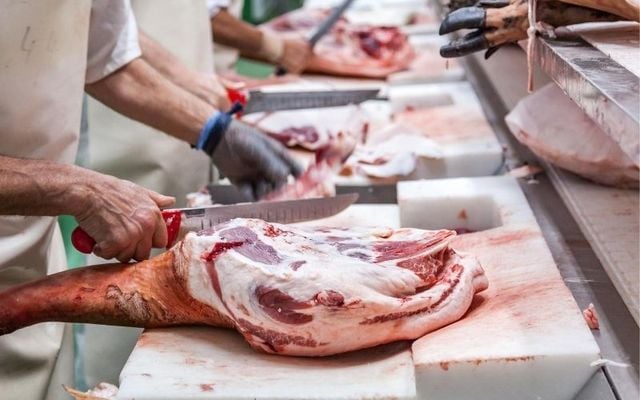 The unnamed worker claimed they were threatened they would lose their job if they self-isolated. Getty

A Kildare councilor has claimed that a meat-processing plant threatened workers returning from overseas that they risked losing their jobs if they chose to self-isolate for two weeks.

Social Democrats Councilor Chris Pender told the Mail on Sunday that one worker came back from checking on their family abroad and informed their employers that they intended to quarantine for two weeks to comply with Irish Government guidelines.

However, Pender claims that they were warned that they wouldn't receive any sick pay and may even lose their job.

"They were told by the employers that, one: they would get no sick pay; and, two: they would be lucky to have a job to come back to," Pender told the Mail on Sunday.

Pender refused to name the meat-processing plant in question but said on Twitter that he was helping the unnamed worker file a report with the Department of Health.

He said that the individual asked for the name of the factory to be omitted out of fear of reprisal.

Pender said that people in Kildare felt that they were being punished for the inaction of some factories.

Kildare, Laois, and Offaly were placed under partial lockdown after the number of new daily cases spiked in the counties in recent days.

The majority of new cases are associated with outbreaks in meat-processing plants in the counties. More than 300 new cases are linked to outbreaks in four factories in the midlands and three of the affected plants have confirmed that they will not reopen tomorrow.

There have been around 1,500 confirmed cases of coronavirus linked to meat-processing plants since the outbreak of the pandemic in March and some factories have come under scrutiny for not offering sick pay to workers who self-isolate.

The Meat Industry of Ireland confirmed in July that not all factories offer sick pay and some politicians claimed that workers would have been afraid of admitting that they were sick or had COVID-19 symptoms out of fear of losing pay.