More than 300 recent cases are associated with outbreaks in food-processing plants. 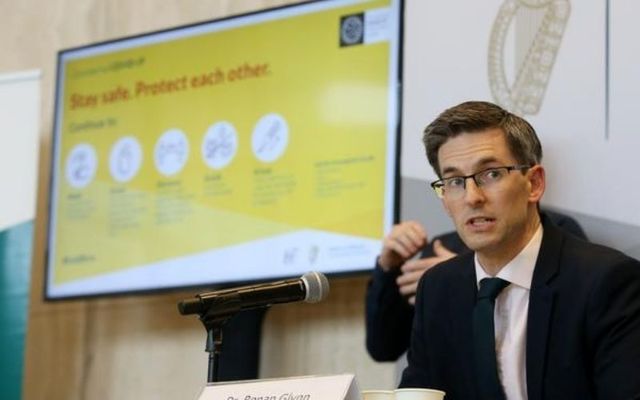 Ireland will see a sharp increase in the number of new daily cases of the coronavirus in the coming days, according to the country's Chief Medical Officer.

Acting Chief Medical Officer Dr. Ronan Glynn said that the National Public Health Emergency Team (NPHET) has been expecting a rise in cases due to the outbreak of the virus in several meat-processing plants in Ireland's midlands.

Speaking yesterday after announcing 174 new cases of the virus, the highest daily total since mid-May, Glynn said that Ireland is likely to see a "significant number of cases over the coming days."

The spike in cases is predominately linked to outbreaks in three counties - Kildare, Offaly, and Laois - due to clusters in food-processing facilities.

Yesterday, for instance, 118 of the 174 new cases were associated with the three counties and the Irish Government has imposed partial lockdowns on the counties to contain the spread of the virus.

However, Glynn warned that more than 50 cases confirmed yesterday came from other counties and encouraged Irish people to "take every precaution possible" to contain the spread of the virus.

Read more: Coronavirus live updates: More than 100 cases recorded in Ireland for first time since May

Glynn is confident that the Government's actions have helped to contain the virus and prevent it from "leaking out" into other areas of the country. Furthermore, Glynn believes that the virus is still contained within clusters associated with meat plants and has not leaked into the community in the three quarantined counties.

"The vast majority of these cases are linked directly with the clusters or close contacts of people who are working in these facilities. So we are still as confident as we can be that the disease has not leaked out more widely into the community in these counties," he said on RTÉ News on Saturday night.

Acting Chief Medical Officer Dr Ronan Glynn has said we are likely to see significant numbers of Covid-19 cases in the coming days, after 174 additional cases of coronavirus are confirmed this evening | Read more: https://t.co/tSwfjc1umg pic.twitter.com/qJh7NtvVy1

The Government has ramped up testing in the midlands in a bid to control the spread of the virus, with more than 300 midlands residents tested on Saturday.

Glynn said that increased testing will also contribute to an increase in daily cases.

Meanwhile, Minister for Health Stephen Donnelly has said that any meat-processing plant affected by an outbreak of COVID-19 should not reopen on Monday.

More than 300 recent cases have been linked to four factories in Kildare and Offaly and Donnelly said that it was inappropriate that these factories would open when people were asked to restrict their movements.

A total of 86 workers have tested positive at O'Brien Fine Foods in County Kildare and the company has already suspended regular operations until Aug. 18 at the earliest.

The company will instead operate in a limited capacity and only employees who have tested negative for the virus and follow all public health guidelines may return to work.

Read more: Partial lockdown could be extended to other Irish counties if new cases continue