Eve McDowell was a victim of stalking when a fellow student became obsessed with her and broke into her apartment. 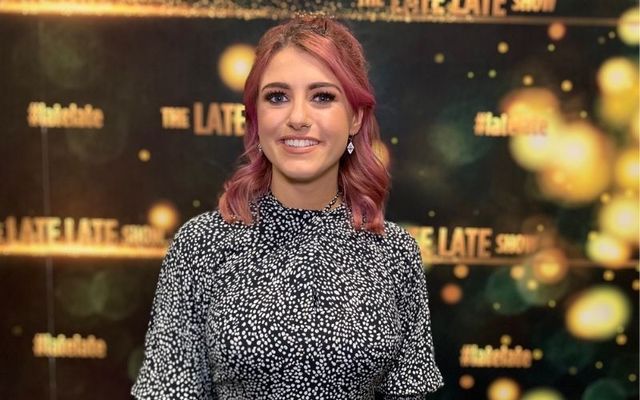 A young Irish woman is campaigning for a stalking offense to be introduced in Ireland after becoming a victim in a frightening personal story.

21-year-old Eve McDowell has spoken about how in 2019 she became a victim of stalking.  Eve was in her first year of college in County Galway when a fellow student became obsessed with her.

The student followed Eve to and from campus to where she lived, followed her to her place of work in a clothing shop in Galway city center, as well as stalking her as she met friends.

Eve contacted Gardaí, they took statements but as there is no specific law against stalking in Ireland, little else could be done.

Speaking on The Good Glow podcast, Eve said, "I just remember thinking in my head, they can't do anything until something worse happens and that's terrifying because you just feel like a sitting duck."

The behavior of her stalker escalated when he climbed a scaffolding pole to reach the first-floor balcony of her accommodation, before entering an open door of the apartment armed with a hammer.

. @evemcdowell_ speaks to me today about being stalked, the terrifying experience and how she’s determined to help other victims https://t.co/3O3vlEXNGR @Stalking_ie pic.twitter.com/XhNIPb1foa

He then attacked her flatmate who was sleeping on the couch at the time.

The flatmate managed to defend herself and when she raised the alarm, Eve's stalker then jumped from the balcony, resulting in a sprained ankle. He was found crawling along a nearby road by Gardaí and he was then arrested.

In May 2021 the young man was sentenced to a total of seven years in prison for charges of harassment and aggravated burglary.

Since then Eve and fellow stalking victim Una Ring have founded Stalking Ireland with support from Sexual Violence Center Cork.

"Throughout the whole ordeal, I felt rather clueless and vulnerable. I was absolutely shocked to discover that there is no specific law against stalking in Ireland and could find very little information or relevant advice online," explained Eve.

"What I have learnt in the last two years is that stalking is a much more common issue than people might realize. We want to make a change by supporting other victims and raising awareness about the issue of stalking."

Eve and Una are campaigning for the Department of Justice to introduce a stalking legislation into the country, which if passed will recognize stalking as a crime. You can sign their petition here.