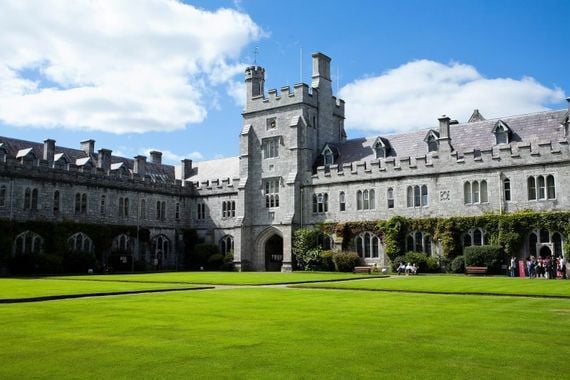 University College Cork (UCC) has been named as one of the most sustainable universities in the world, according to a prestigious study.

The college was ranked as the eighth-most sustainable university in the world by the Times Higher Education's (THE) renowned Impact Rankings, which measures 1,000 universities around the world in 18 different categories.

Published on Wednesday, the rankings measure a university's progress toward meeting the United Nations' 17 Sustainable Development Goals (SDG) - a 2015 initiative that aims to create a "better future for all" by eradicating poverty and hunger, implementing climate change policies, and creating an equal and fair society among other goals.

Professor John O'Halloran, the interim president of UCC, told the Irish Examiner that the university was honored to be named among the top ten most sustainable colleges in the world.

"We are proud to be in the top 10 universities in the world that are making an impact towards creating a sustainable future for our planet," O'Halloran said.

"Our teaching, research, and public engagement has been assessed as world-class and we are proud to be Ireland’s leading university making an impact towards a sustainable world."

Meanwhile, the University of Limerick, UCC, and University College Dublin all placed in the world's top 20 for "sustainable cities and communities".

Additionally, UCC placed fourth in the "Life Below Water" category, which measures a university's research and support for aquatic life, and third in the "Life on Land" category.

The Irish University Association said in a statement that sustainability is one of the key priorities for Irish universities.

The association has partnered with the Environmental Protection Agency to launch the "Campus Living Labs" sustainability project - a two-year initiative to prevent waste and improve recycling on college campuses.