Jackie Smith Foden slammed Biden's travel ban as "f***ing political" after not being able to bring her to two Irish stepkids from Dublin to the US. 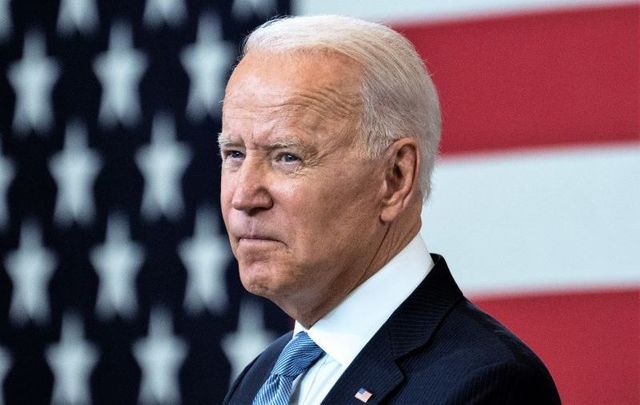 Jackie Smith Foden has taken aim at President Biden, as well as people who haven't gotten their vaccination yet, after her Irish stepchildren were refused entry to the US.

Smith Foden thought she had everything in order after hours of phone calls preparing to venture to Ireland to pick up her two Irish stepkids and bring them back to the US to spend the summer with their father and her husband, British rugby player Ben Foden.

Foden could not travel to Ireland to get his children as he is in the process of finalizing his green card and cannot leave the country. He shares the two children with his ex-wife, Irish singer Una Healy, who still lives in Ireland.

On social media, Smith Foden took aim at President Biden and his continuing ban on the majority of noncitizens entering the US from Ireland after she was told in Dublin that the two Irish children could not enter the US.

The ban that is in place was first instituted in March 2020 under President Trump when COVID began to take hold globally. President Biden continued the ban with his own proclamation upon taking office in January 2021.

Earlier this month, the American Immigration Lawyers Association launched a petition urging Biden to end the travel bans. The Biden administration has not indicated when it will end.

In a series of Instagram stories on her personal @snackyjax account, Smith Foden wrote: "For anyone who asks why my two stepbabies are not with us this summer... here's the nightmare we're currently living.

"I currently just spent the past month organizing their trips over to the US — getting tickets booked. Hours on the phone with Aer Lingus making sure their stepmother can bring them over (immediate family can travel to US, by definition, children by marriage are immediate), booking their ESTAs, etc.'

"Ben can’t travel because he’s getting his green card processed and can’t leave the country.

"I take the red eye to Dublin last night. When I checked in at JFK the attendants checked on the kids' return flights. Everyone was made aware of my plans to turn right back around with my stepkids. Flights were all normal looking.

"I pick them up in Dublin today, only to have their tickets blocked by immigration.

"An hour at check-in trying to get them through and then another 1-2 hours+ stuck in immigration offices, only to be told that c*** face President Biden, probably in his attempt to appear more strict on COVID policies than Trump, that there is a ban on EU citizens and there's nothing possible we can do other than fly to Turkey or Mexico, quarantine for 14 days, and then bring them over from there.

"Having to break these poor babies hearts who had their hopes up for a fun summer with their dad and sister, we're all not okay right now.

[Jackie and Ben have their own daughter together in the US.]

"Una was a rock star with them. They were on the phone with their dad. Both Una and he calmed them down."

"I am very much not okay and I am a complete mess.

"This is my attempt to tell my friends rather than over and over, so there’s the full story on that.

"We will [be] filing for emergency travel for Ben and probably be spending the rest of the summer in England/Ireland when Ben's rugby season is done.”

Smith Foden continued: “The fact that there's a ban on EU citizens into the US is f***ing political. Honestly so over Biden already. (And Audits on small businesses and crypto investors, honestly please are there no capable like non centagarians [sic] white males that we can't find to run our damn country? It's getting f***ing lame).

“If my stepkids came over and brought COVID with them, and you are obese or have asthma or at risk of dying, the fact that you haven't gotten vaxxed yet is on you. [Because] realistically, if you're healthy, at most, you'll get the f***ing flu.

“Everyone needs to get over not trusting science and get this f***ing vax so we can all move on with our lives. NYC is 70% vaccinated, and NORMAL again. And only a little magnetic. None of us are dropping dead from the new WiFi 5G vaccine tracking device implants in our arm, so get the f*** over your conspiracy theories and do the right thing so our d***head president doesn't need to look like the strong responsible hall monitor he's trying to portray anymore and can lift these detrimental bans.

“Families are still being torn apart, for too long now, for a flu, that's not even a threat to weaker ppl BECAUSE THEY CAN ACCESS A VACCINE.”

Wrapping up her rant, she wrote: “They travelled with us back and forth last summer to America no problem at all, on our marriage certificate. This all happened literally because of a new presidential proclamation in Biden's attempt to appear more strict on COVID than Trump was. That's it. This f***ing proclamation. This ban on EU citizens is ridiculous.

“No one in America is dying anymore of COVID, and the rare ones that are, didn't get vaxxed when they could have... but for the most part, in America, it's done, it's over, we're all moving on, this is insane.