WATCH: Irish around the world share their Coronavirus realities

Irish people around the world shared the harsh realities from countries badly affected by Coronavirus in a special report from RTE. 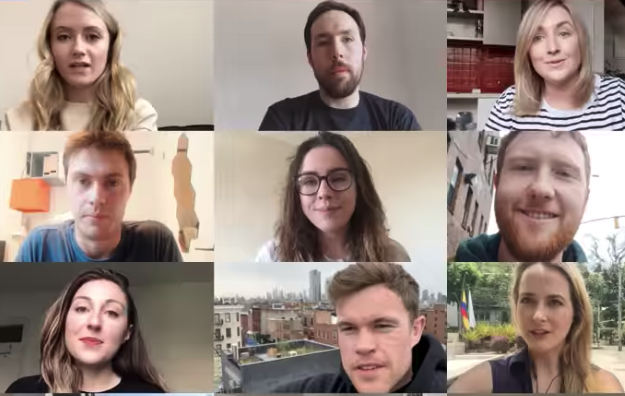 Irish people around the world are sharing the harsh realities from countries badly affected by Coronavirus.

Irish people are spread all over the globe and some are currently experiencing the very worst of the Coronavirus pandemic.

For some, returning to Ireland during the COVID-19 crisis was unavoidable and they are now stuck in some of the worst-affected regions on the planet.

In a video posted to YouTube, RTÉ reached out to some Irish emigrants to get their experiences.

From Italy, the epicenter of the European outbreak, to New York, the worst-affected state in America, Irish people are dealing with the realities of a world struggling to contain Coronavirus.

In Italy, where there have been almost 14,000 deaths, life now resembles something out of horror movie, according to an Irish woman named Bríd.

"Italy at the moment is experiencing something that can only be described as something out of horror show. It's been absolutely nightmarish," she said in the video.

There have now been more confirmed cases in New York than there have been in China and one Irish man likened it to 9/11 in the city.

"There's a lot of people saying that it's reminding them of days post-9/11. The sense of eeriness about the city is obviously very strange," the man, named Ciaran, said.

The UK is home to more than 400,000 Irish immigrants and it is fast becoming one of the worst-affected countries in Europe.

The British Government has imposed draconian measures to curtail the spread of the virus and one Irish man, named Liam, spoke of his experiences trying to go to his local supermarket.

"I went to shop in our local supermarket. It actually took 90 minutes, the queue was so long."

Jennifer, another Irish emigrant living in London, said that Ireland has never felt further away even though a flight takes less than an hour.

"Ireland has never felt so far away from me."

Niamh Duggan, an Irish woman living in Australia, said that she was immensely proud of the Irish response to the crisis and that the community spirit was inspiring.

"I have never felt prouder to be Irish. To see how everyone has just bonded on social media is amazing," she said.

The video finishes on a hopeful note with Emily, an Irish immigrant in Australia.

"It's not going to last forever. We're going to be ok."

Read more: Do you know a local hero helping others deal with coronavirus?