As demand for Irish passports grows, a Sinn Féin motion to open an Irish Passport Office in Belfast in Northern Ireland is receiving support in Dublin. 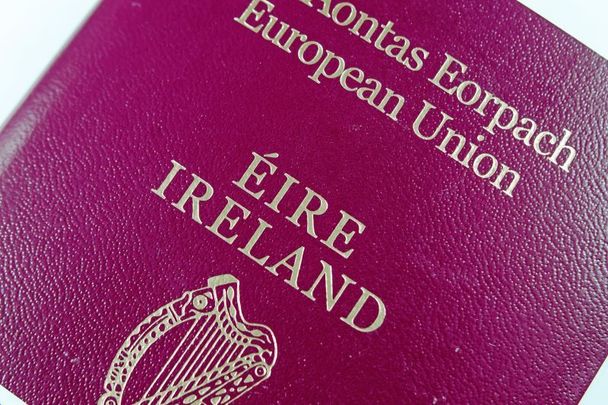 Senator Niall Ó Donnghaile, Sinn Féin’s leader in the Irish Seanad, has welcomed cross-party Irish support of his motion calling for an Irish passport office to be opened in Northern Ireland.

Ó Donnghaile said on Monday that his motion has received signatures of support from representatives in his party Sinn Féin, as well as Fine Gael, Fianna Fáil, and Independents.

The motion states: “That Seanad Eireann calls on the Minister for Foreign Affairs and Defence, in light of the current backlog and volume of applications on the island of Ireland, including an unprecedented number from Northern Ireland, to consider as a matter of urgency opening a passport office in Belfast."

This motion - calling for a new @PassportIRL Office in the North of Ireland - has signatories from SF, FF, FG and Independent Senators. The growing momentum behind this call and the clear need for such an office can’t be ignored by Government any longer. @dfatirl @simoncoveney pic.twitter.com/624vjqXeUs

Currently, people in Northern Ireland can apply for an Irish passport online or through one of more than 70 postal offices in the region.

The Irish Passport Office is set to have its busiest year ever as it is already outpacing its previous busiest year, 2019. Ireland's Minister for Foreign Affairs Simon Coveney said in the Dáil last week that in 2019, the Irish Passport Office had issued 470,000 passports by the end of May. In that same time period this year, it had issued more than 540,000 passports.

It has also emerged in recent weeks that for the first time ever, there were more applications for Irish passports than British passports made in Northern Ireland.

Ó Donnghaile told BelfastLive: “There is a clear and identifiable need for an office in the north. Leo Varadkar said they are considering opening one in the west, and I’ve no issue with that, but they should do the same in the north. They should accept the need is there and just get on with it. Constituency offices across the island, and in the north, are being inundated with people concerned about delays in getting their passports.”

Ó Donnghaile has long been pressing for an Irish passport office in Northern Ireland. Four years ago, he launched an online petition, "Passport Office for Irish citizens in the North of Ireland," which has so far gained more than 27,000 signatures.

His motion also comes the month after Derry City and Strabane District Council passed its own motion in support for an Irish Passport Office in Northern Ireland, which had been tabled by Sinn Féin Councillor Emma McGinley.

Last week, Sinn Féin TD Chris Andrews asked Coveney about his position on opening an Irish Passport office in either Belfast or Dundalk.

Coveney, who noted that a paper-based, mail-in service is available at over 70 post office locations in Northern Ireland in addition to online services, said: “I am satisfied overall that the range of service options available meets the current needs of passport applicants and that recent service improvements allow the Passport Service to provide this essential citizen service in an efficient and effective manner.

"While there are no plans to open additional passport offices, the Passport Service will continue to consider ways in which to enhance customer experience for citizens."