Sister Colette HIckey turns 103 later this month but believes a frontline worker should get the vaccine before she does. 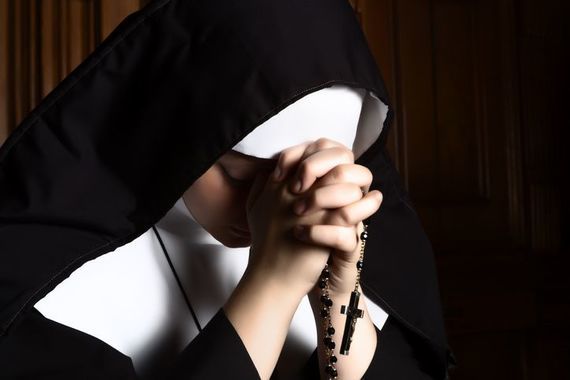 Sister Colette Hickey is due to receive her first dose of the COVID-19 vaccine on January 11. Getty

An Irish nun who lived through the Spanish Flu pandemic has said that a younger person or frontline worker should get the COVID-19 vaccine before she does.

Sister Colette Hickey, who is set to turn 103 at the end of the month, is due to receive her first dose of the coronavirus vaccine on January 11 but believes that a younger person should get the vaccine before she does.

"Would it be a waste on me? I'd prefer if it was given to anybody younger or somebody on the frontline first," Sr. Hickey told the Irish Examiner.

Sr. Hickey was born in Clonmel, County Tipperary, on January 31, 1918, just a few months before the outbreak of the Spanish Flu pandemic.

She joined the Good Shepherd Order of News in Limerick in 1935 before transferring to Cork in 1938 at the age of 20, just one year before the outbreak of the Second World War.

She said that she doesn't remember much of the Spanish Flu pandemic but that she vividly remembers the polio outbreak of 1956 "because a neighbor got it".

Sr. Hickey lived in an enclosed order during her time with the Good Shepherd nuns and only made contact with the outside world in 1972 when she helped found Edel House, a refuge for mothers and children who were victims of abusive situations.

Her work at Edel House saw her become the first Cork Person of the Year at the inaugural awards in 1993.

She contracted pneumonia last January and has been a resident at the Bon Secours Care Village in Cork ever since.

She attributes her long life to "a good sense of humor", stating that "there's no sign of me going yet".

"I don't know how the Lord has left me here so long. I was always happy and contented in myself and I've had very good health, thank God," she told the Irish Examiner.