Manhattan foreman, with roots in Kerry, was shot by disgruntled carpenter, on 37th floor of Manhattan construction site. 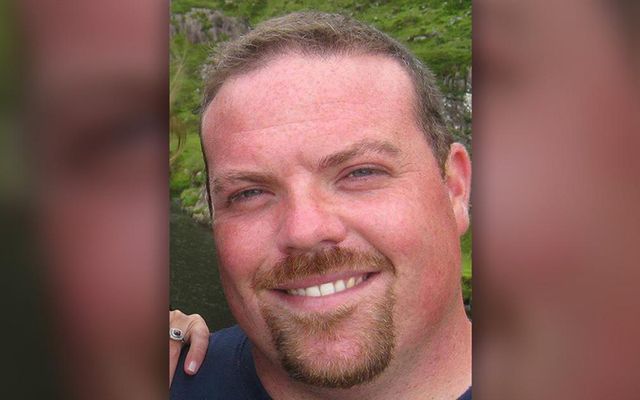 Manhattan foreman, with roots in Kerry, was shot by disgruntled carpenter, on 37th floor of Manhattan construction site

A 37-year-old Long Island man, whose parents both come from County Kerry, was shot and killed, last Thursday morning, by a disgruntled former employee.

Christopher Sayers, the foreman on the Manhattan construction site, was shot by carpenter Samuel Perry (44), on the 37th floor of a high-rise building under construction at 645 West 59th Street at around 7:10am. Perry had been fired from Sorbara Construction Corporation two days earlier, according to the New York Times.

Perry was found dead in a toilet, on site, by the New York Police Department (NYPD). He had died from a self-inflicted gunshot wound.

Christopher’s father, Paddy Sayers, is a native of Dingle, and his late mother, Josie (née Cavanagh), came from Feothanach, just west of Dingle.

The former president of The Kerrymen’s Association in New York, Muiris Bric, said the west Kerry community in New York was “really shocked” by Sayers’ murder and said the foreman was another victim of America’s gun culture.

The murder took place just five days after a 64-year-old man killed 59 people and injured 489 in Los Vegas, Nevada. The gunman, who was in possession of 42 weapons, many of them automatic or semi-automatic, is said to have been responsible for the worst mass shooting in modern American history.

Read more: Time to call out the cowardly politicians after the killing field in Las Vegas

He told Radio Kerry “He died in bláth na hóige [the flower of youth]. It’s a tragedy and coming after [the] Las Vegas [mass shooting], even worse. It’s a very sad affair. The proliferation of guns goes on and on. How did this Perry fellow get the gun?”

Following the incident, the NYPD Deputy Chief Christopher McCormack told the Times “Talking to some of the workers so far, they said he was a bit of a hothead.”

On Tuesday, Oct 3, Perry had been fired by Sayers, after the two reportedly bickered over the construction of a wall at the Midtown, Waterline Square complex, one of the biggest residential developments in New York at present.

The New York Daily News reported that Perry left a note. It said “These low-lifes care about no one but themselves so they can go down with me. Respect takes you a long way. Now some will learn to respect their worker.”

A local carpentry union in New York, Local 212 New York City District Council of Carpenters, released a statement in condolence. It said “It is with a heavy heart that we say goodbye to two union brothers today. We are working diligently with authorities to assist in their investigation of the incident.”

RIP Christopher Sayers of Farmingdale, LI. Condolences to the families & loved ones of the deceased & @CarpentersNyc https://t.co/nraydMu9by https://t.co/QctLC5sFJa