Dublin man jailed in New York, having assaulted a County Longford man, Danny McGee, who died from one punch to the head outside Queens bar. 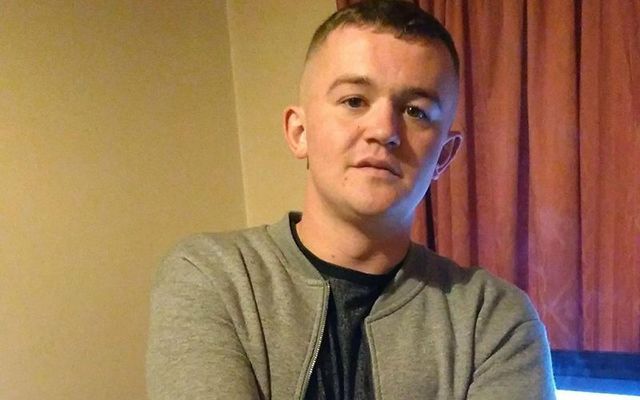 Danny McGee (21), from County Longford, was killed with one punch to the head on Thanksgiving 2018. Facebook

A 26-year-old Dublin man was jailed for six months in New York, after punching a County Longford man, Danny McGee, who died from the blow outside a pub in Queens, on Thanksgiving 2018.

Steven O'Brien (26), a Dublin man, has been jailed for six months by a New York court for the assault of Danny McGee (21), outside the Gaslight bar in Queens. The Longford man was found unresponsive outside the bar on Thanksgiving Day 2018 following the assault.

O'Brien, with an address at 42nd Street, in Sunnyside, Queens, New York pleaded guilty to the offense at the Queens County Criminal Court on Wednesday and is set to begin his jail term. A six-month sentence was agreed as part of a plea deal.

The 21-year-old Longford man was found unresponsive outside The Gaslight, on Queens Boulevard just before 4am. He was taken to hospital where he was pronounced dead.

26-year-old Dublin man Steven O’Brien has been jailed for six months by a New York court for assaulting Longford man, Danny McGee, who died after being punched outside a pub in Queens in 2018. @rtenews https://t.co/F6TFjVnQoM

McGee, who had US citizenship, had been working in construction and as a doorman. He had planned to return home to Ireland just three months after the attack, in Feb 2019.

His cause of death was later determined to be a blunt impact to the head. Prosecutors in the case said that O'Brien punched McGee once in the side of the head. The pair had been engaged in a verbal row, which escalated and spilled out on to the sidewalk.

McGee's mother, Coleen, a New York native traveled to New York for the hearing. A victim impact statement was read out on her behalf, by the case prosecutor, Kevin Ramnarain.

“You killed my son,”  Coleen wrote.

“Your actions were solely responsible for Danny’s death.”

She noted, “Danny was raised not to raise his hand to anyone.”

She said her son “excelled in soccer and Gaelic football” and made reference to his work ethic and skills as a public speaker.

“There was so much he could have achieved,” she wrote.

She also criticized O'Brien for failing to initially plead guilty saying this prolonged her family's agony. O'Brien had fled the scene on Nov 22, 2018, and later handed himself into police. He pled guilty as part of a plea deal.

#UPDATE Steven O’Brien of #Dublin led away to 6 months in jail for #OnePunch death of #DannyMcGee of #Longford. It happened outside Queens bar on Thanksgiving morning 2018. McGee planned to return to Ireland from NYC, where he did doorman/construction work. pic.twitter.com/azWxAeuAIx

The presiding judge, Mary Bejarano told O’Brien that “by all accounts, you seem to be a decent person.” However, she added that he needed to reflect on his fateful decision to punch Danny McGee and devastate McGee’s family.

“I hope during the time that you’re in prison, you will think about your anger,” the judge said, “and how that affected not just their lives but also your family.”

Court officers then cuffed O’Brien and led him away to jail.