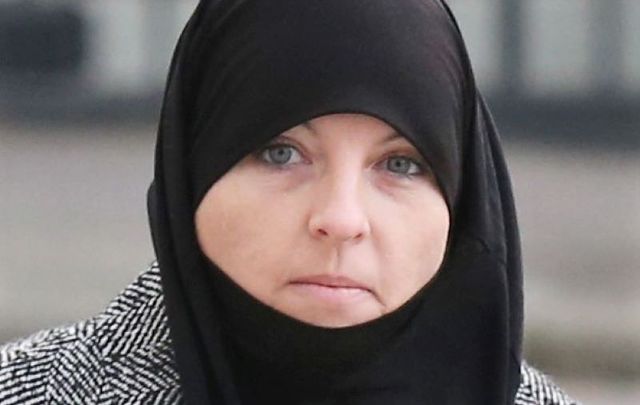 Lisa Smith appeared in a Dublin court on January 8. The so-called 'Irish ISIS bride' remains out on bail. RollingNews.ie

Lawyers for Lisa Smith, the so-called ‘Irish ISIS bride,’ are asking that the terror charges put against her be discontinued. The 37-year-old is out on bail as prosecutors continue to collect evidence.

Smith appeared at the Criminal Courts of Justice in Dublin on January 8 for the first time since she was released on bail last month. On Twitter, reporter Stephanie Rohan shared footage of Smith arriving at CCJ:

Louth native Lisa Smith has arrived at the CCJ for her fourth court appearance. The 37 year old is accused of membership of ISIS. pic.twitter.com/S8Zh14oQNp

In court, defense lawyer Peter Corrigan asked that the Director of Public Prosecutions “actively review” the evidence against Smith and that the charge be “discontinued.”

Corrigan said in court that there is not “a single piece of evidence amounting to a charge” against Smith. Judge John Hughes, however, said that was a matter for the DPP and not his court.

Smith’s charge sheets reportedly reads: “That you the said Lisa Marie Smith between October, 28 2015 and December 1, 2019, both dates inclusive, outside the State, did commit an act which if committed in the State would constitute an offence under Section 21 of the Offences Against the State Act 1939, as amended by Section 5 of the Criminal Justice (Terrorist Offences) Act 2005, in that you were a member of a terrorist group which is an unlawful organisation, to wit an organisation styling itself the Islamic State of Iraq and the Levant (ISIL) also known as Dawlat al-Iraq al-Islamiyya, Islamic State of Iraq (ISI), Islamic State of Iraq and Syria (ISIS) and Dawlat al Islamiya fi Iraq wa al Sham, otherwise known as 'Da’esh' and the Islamic State in Iraq and Sham.”

Lisa Smith, a native of Dundalk in Co Louth and a former member of the Irish Defence Forces, traveled to Syria in 2015 to join the Islamic State of Iraq and the Levant following the breakdown of her marriage in Ireland. She went on to wed a member of ISIS and gave birth to her daughter in Syria two years ago. In 2019, she was captured by the US forces in Northern Syria and lived for a period in a refugee camp with her daughter.

In media interviews, Smith admitted to marrying an Islamic State fight and living under ISIS' rule. She has denied partaking in any terrorist activities.

Upon her return to Ireland on December 1, Smith was arrested and questioned for three days. Her young daughter is reportedly being cared for by relatives.

At her first hearing on December 4, Smith’s lawyer pleaded for bail telling the district court his client had come back to Ireland after walking with her toddler daughter “through bombs, poverty, and cesspit camps, and desert, to come to her country of origin.”

Smith was initially denied bail but was granted it two weeks later and was released from prison on December 31. As part of her bail arrangement, Smith must remain indoors between 8 pm and 7 am, cannot access the internet or social media, cannot have contact with non-Garda witnesses, and must sign in with gardai twice daily.

On January 8, Judge John Hughes granted an eight-week extension for the prosecution to gather more materials, which the defense did not object to. Prosecutors told Judge Hughes that they expect more charges could be brought against Smith in light of further evidence.

Smith is ordered to appear in court again on March 4 where the evidence book is also due.