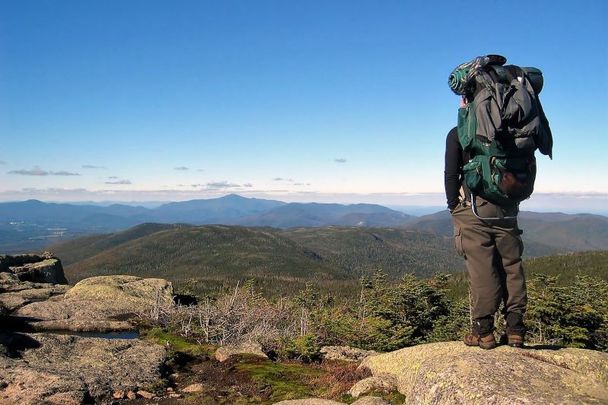 An Irish man whose wife had been tracking him from Singapore via his Strava app was discovered in ripped clothes and covered in bug bites after getting lost while hiking in upstate New York.

New York State's Department of Environmental Conservation (DEC) said in a statement on June 28 that Ray Brook Dispatch requested Forest Ranger assistance in the Dix Range on June 22 at 9 am.

The request said that a 58-year-old hiker from Singapore was last heard from on June 19 at approximately 8 pm. The hiker had been communicating with his wife, who was back in Singapore, while he was in New York for the week. When the wife lost contact, she reached out for help.

Rangers found the hiker's rental car in the Elk Lake parking lot at 9:30 am on June 22. They soon found that the missing hiker had signed in at the trail register, but did not sign out.

Rangers Lewis and Martin set up a search plan with the expectation that the hiker was off-trail. Nine additional Rangers joined the search along with New York State Police Aviation.

At 2:50 pm, Ranger Scott located the hiker in a swampy area. The hiker's pants were tattered, his boots were falling apart, and his face was covered in bug bites after having stayed in the swamp for days.

Ranger Scott assisted the subject out of the swamp. He was evaluated by Schroon Lake EMS and released. Resources were clear at 5:50 pm.

The roughly ten-person search party surmised that the hiker may have ended up in the swamp as darkness and exhaustion set in.

“Moving through that swamp is beyond slow,” Ranger Andrew Lewis told The Times Union after the lucky rescue. Lewis separately told the Adirondack Daily Enterprise that the hiker was up against “the worst of all conditions” and that the area the hiker wound up in was “one of the most brutal swamps you could get stuck in.”

Lewis recalled that when he was discovered, the Irish hiker "was drenched from head to toe."

"It looked like he had gotten shot in the face with a shotgun” due to the bug bites, Martin said, who added that the hiker's hands were “pruned beyond what I’ve ever seen a human’s hands (look like) before.”

Martin said the hiker thought he wouldn't be able to “make it through the night” if they hadn’t rescued him.

“He had an extremely rough few days,” Martin said, adding, “He told his wife that he was never going to hike that mountain range again."