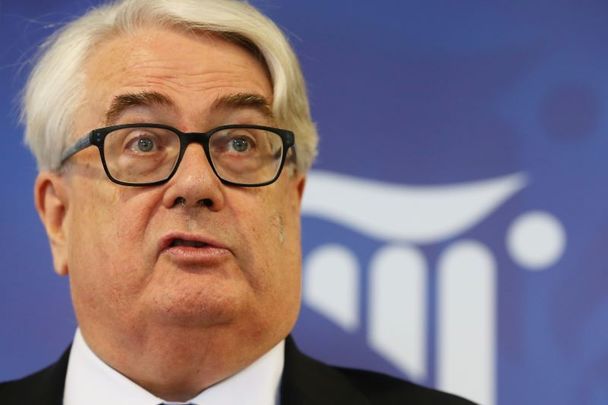 Chief Justice Frank Clarke, a retired Irish judge, has resigned from the bench in Dubai just four days after he was sworn in following criticism in Dublin.

Bacik, a qualified lawyer, said her main concern was about Clarke holding the position of a judge in courts she told the Irish Times she considered to be “a mechanism to support an oppressive regime” while also being president of the Law Reform Commission, a state body in Ireland.

On Tuesday of last week, Clarke and retired former Irish High Court president Peter Kelly were sworn in as judges in Dubai. They were the first Irish judges to be appointed to financial courts in Dubai.

There was a divided reaction within the legal profession in Ireland over the appointments, although the two former judges are now private citizens.

Bacik on Saturday expressed her serious concerns as Clarke is currently the €59,000 a year president of the Law Reform Commission.

In a statement, Clarke said when he was first approached about becoming president of the Law Reform Commission, he had informed the government of the likelihood that he would be appointed to the Dubai courts.

He said: “I understood it to be the case that this did not give rise to any difficulty...Ireland and many Irish companies do significant business in and with Dubai and in that context, it is important that there be an independent and trusted dispute resolution system available to those companies.”

He continued, “However, I am concerned that the current controversy could impact on the important work of the Law Reform Commission to which I am committed. In those circumstances, I can confirm that I have today submitted my resignation as a judge of the DIFC courts to the chief justice of that court.”

Kelly has not replied to media requests for comment.

Critics of the appointments have noted a UK court’s judgments in cases involving Sheikh Mohammed Bin Rashid Al Maktoum, the ruler of Dubai. The cases included evidence that he had arranged for the kidnapping and forcible return of two of his daughters, including one snatched from the streets of Cambridge.

Former Irish President Mary Robinson was photographed in December 2018 with one of the Sheikh’s daughters, Princess Latifa, who attempted to flee by boat but was returned to the palace by commandos.

Robinson later said she made a “big mistake” and she was “horribly tricked” by the princess’s family by her naivety when she went by invitation to help a friend.

In an interview on @RTELateLateShow, former President Mary Robinson has said she made a 'big mistake' and was 'naive' in relation to the case of Emirati Princess Latifa Al Maktoum | Read more: https://t.co/IujExeIT3w pic.twitter.com/3E2zqfybOE

Clarke retired as chief justice in October but has since rejoined the Law Library in Dublin, engaging mainly in mediation work.

Kelly retired as president of the High Court in June 2020. Both men were obliged to retire after turning 70.