The Coalition of Mother and Baby Homes Survivors has accused the Irish government of ignoring several key factors in its recently announced redress scheme. 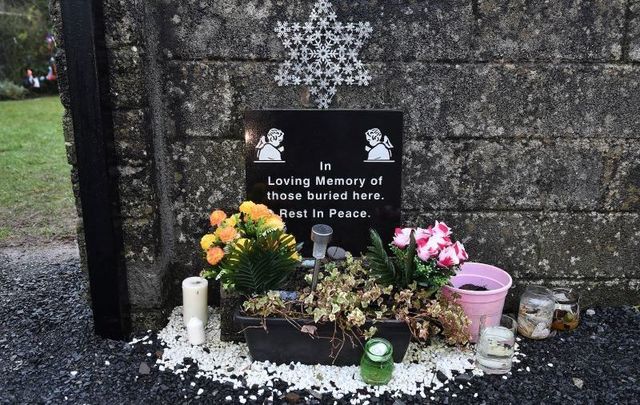 January 13, 2021: The shrine at the mass burial site that was formerly part of the Bon Secours Mother and Baby home in Tuam, Co Galway on the day Taoiseach Micheal Martin apologized to the families and survivors following a report published regarding Mothers and Baby homes throughout Ireland. Getty Images

The Coalition of Mother and Baby Homes Survivors (CMABS) has issued a statement responding to the Irish government's newly-proposed redress scheme.

Ireland's Payment Scheme for Mother and Baby Home Survivors, published on November 17, will deliver redress based on how long a person was in an institution. Notably, children who were in an institution for less than six months do not qualify for redress.

Responding to the scheme, CMABS said in a statement on December 3 that its community has been "further traumatized by the Government's short-sighted and cack-handed fumbling of a deeply sensitive issue, namely the matter of redress and justice for survivors of Mother and Baby Homes and County Homes.

"Any scheme that willfully excludes a large proportion of our community is doomed to failure and is further pouring salt into an open wound."

CMABS says that one of the fundamental failures of the scheme "is that it entirely ignores the single most painful trauma inflicted by the so-called Mother and Baby Homes ... the forced separation of a mother and her baby."

CMABS accuses the government of "ignoring the real issues," particularly:

"Clearly, the numerous political promises poured out after the release of the long-delayed inquiry into Mother and Baby Homes to include survivors at the heart of any redress scheme were empty, worthless promises.

"We're going to send the Minister a packet of cotton earbuds for Christmas so he can clean out his ears and start listening to us for a change."

Clodagh Malone (Beyond Adoption Ireland and CMABS) said: "We may think we are done with the past but the past is not done with us."

Theresa Hiney Tinggal (Adopted Illegally Ireland and CMABS) said: "It's irrelevant if a baby has no memory of being in a home during the first six months of its life. Babies need hugs and love for their emotional development and if not has lasting negative effects in the long term. These type of comments are ludicrous and undermines what survivors went through.

"Importantly, during a Dáil debate early this year, it was alleged that files pertaining to illegal adoptions were not shared with subsequent Ministers. Why is this not being investigated rather than ignored?"

The Coalition of Mother And Baby Home Survivors (CMABS), whose motto is “no one gets left behind,” is an umbrella group consisting of Adoption Rights Now; The Bethany Home Survivors; Beyond Adoption Ireland; Adopted Illegally Ireland; and The Castlepollard Mother and Baby Home Group.

CMABS works in association with the Association of Mixed Race Irish and Survivors and Victims of Institutional Abuse and in partnership with the Adoption Coalition Worldwide.