Margaret Keane died in Coventry in 2018, but her family was unable to mark her headstone with a well-known Irish phrase. 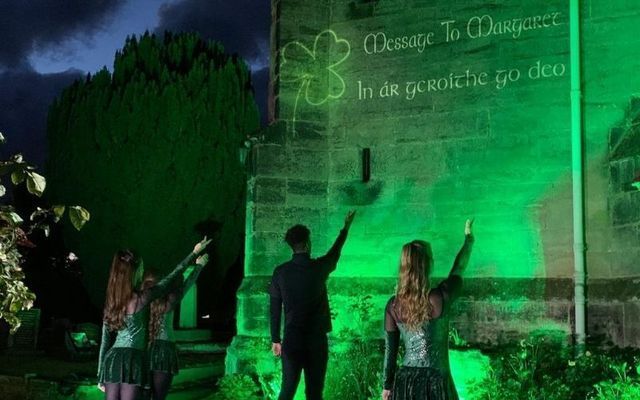 An Irish family in Britain has successfully won their appeal to include an Irish inscription on their mother's headstone.

Margaret Keane died in Coventry in 2018 at the age of 73 and her family wanted to include the phrase "in ár gcroíthe go deo" (In our hearts forever) on her grave.

However, a judge in a Church of England court ruled that Keane's grave must also include an English translation in case the phrase was misinterpreted as a political slogan.

Keane's grave in the churchyard of St. Giles Church in Exhall has been marked with a wooden cross for almost three years while her family fought against the court's decision.

Earlier this week, the Court of Arches - the highest appeals court in the Church of England - overruled the original decision and allowed the Keane family to include the Irish phrase on Keane's grave.

However, parish records at St. Giles Church must include the English translation.

The Keane family now hopes to erect her headstone in time for St. Patrick's Day next month, according to Margaret's daughter Bez Martin.

"We’ll be straight on to the stonemason," Martin told the Irish Independent.

"Hopefully the gods will be on our side and it can go up quickly because we’ve waited too long to do this for our mother.

"We’d love it to be up by St Patrick’s Day in honor of her heritage."

Martin said that her father wept when the panel of three judges announced their decision earlier this week.

Margaret Keane emigrated from Meath in the 1950s and worked as a school dinner lady in a local school for 26 years.

Her son Vincent told RTÉ News that his mother remained proudly Irish after moving to England.

"Mum was very proud of her Irishness and brought us all up to be Irish, with the girls dancing and me and my brothers playing football. That's why we wanted the GAA crest and the words 'in ár gcroíthe go deo' on the headstone".

Vincent Keane said that neighbors in Exhall village have all supported the family's campaign and that they believe the situation was "wrong".

"She worked 26 years in the local school, so even people my age knew her, and they all say the same - this is wrong, why can't your mum just have what she wants," he said.

The Keane family received widespread support from Ireland and the UK after they launched a social media campaign and Vincent said that they were overwhelmed by the solidarity.

"It's been very humbling, all the people around the world saying mum should get what she deserves."