John and Sharon Tyrell-Haslam and their three children remain in legal limbo in their adopted home of Canada after an Irish passport holdup and an accidental border crossing. 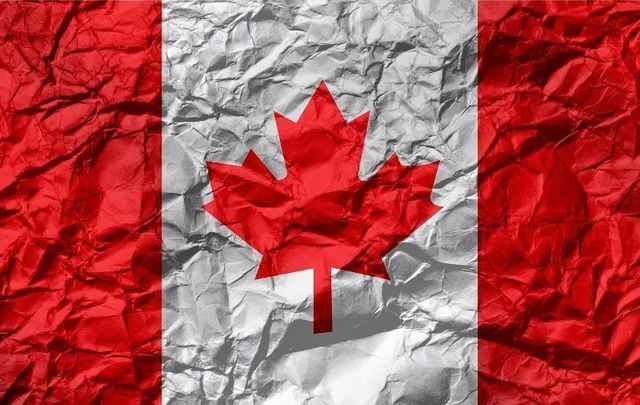 Irish family John and Sharon Tyrell-Haslam are relying on the kindness of others, including Irish woman Louise Mullan who has offered to advocate on their behalf, as they attempt to navigate their legal limbo in Canada.

John and Sharon Tyrell-Haslam and their three children have been living in Canada for just over three years, Castanet reports. John entered the country on a work permit while Sharon entered on a study visa.

When the couple sent their youngest child’s passport to Ireland to be renewed, COVID struck and the paperwork got caught up in Irish lockdowns. While applying for an emergency passport, John and Sharon’s permits expired as of March 31 last year.

"We went to the border to find out what to do," Sharon told Castanet earlier in February. "We couldn't extend our permits because we were missing one passport."

Further complicating matters, the family mistakenly crossed the border into the US in an attempt to turn around and come back to Vernon in British Columbia, where John was working and Sharon was studying in college.

"We got stripped of our status because we crossed by accident," Sharon said. "We got pushed through by traffic, trying to turn around."

Because they left the country, the whole family had to quarantine for two weeks and were then told they could no longer stay in Canada as they had been deemed "inadmissible."

In January, the family learned that a removal order had been issued, but only for three of them. However, they cannot travel because of the youngest child’s missing Irish passport.

Further, the family "loves" living in Canada and does not wish to return to Ireland.

Having learned of the family’s plight, Louise Mullan, a native of Omagh who has been living in Canada for over 50 years, has stepped up to be the family’s point of contact and advocate.

Mullan told IrishCentral last week that having been declared as having “no status,” the Irish family cannot work, collect social assistance, access any medical coverage, and that the three children cannot go to school nor be homeschooled, since in British Columbia, "you have to be connected to a school to access that," Mullan explained.

“They were able to continue to pay their rent until September 2021 when their finances ran out not having any income," Mullan said.

“It was at this time that they became homeless. A local homeless agency stepped in and provided them with accommodation in not-a-5-star place, but it is a roof over their head.”

Castanet reports that the family has been living at the Bel Air Motel in Vernon with the help of Turning Points Collaborative Society.

“When I say they have no money," Mullan continued, "I really mean they have NO money, living on the pickens of tin, as we say in Ireland.

"They are relying on the generosity of the people of Vernon to buy their groceries through gift cards and e-transfers to me.”

Regarding the removal order for three of the family, Mullan remarked “They are a family of five, so what happens to the other two?”

She continued: “They are a lovely family who only want to stay and work in Canada.

"They have no criminal record, not even a speeding ticket, and are decent hard-working people who paid their taxes while legally working and studying in Canada under their work and study permits.

“It is an extremely stressful situation for the family yet they have not despaired and are trying to stay as positive as possible while remaining in limbo. I don't know that I could have the attitude they exhibit.”

Mullan said this week that John and Sharon “are just worn out repeating the same story over and over again.”

She remarked: “How they are staying sane is beyond me with this state of limbo going on for nearly a year with no resolution in sight."

Louise Mullan said she can be contacted at lmullan@shaw.ca.