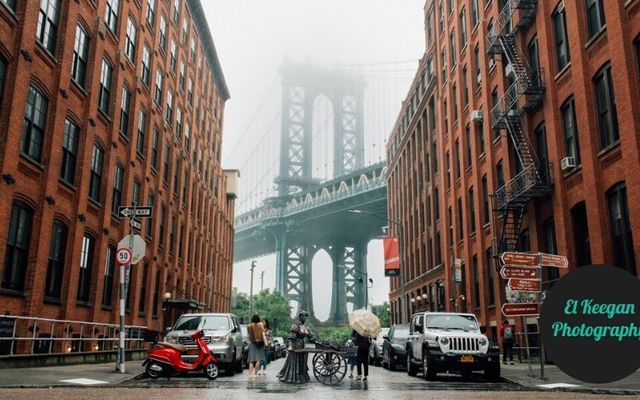 An Irish photographer in Canada has launched a touching new series capturing the reality faced by Irish emigrants around the world who are stuck in limbo between their old lives and their new ones.

El Keegan emigrated to Toronto from Dublin six years ago but hasn't been able to fully settle in her new home city because of her love of Ireland and the homesickness that accompanies it.

The Dublin-born photographer spoke to a number of Irish ex-pats about the feeling and realized that she was not alone. In fact, Keegan discovered that the vast majority of Irish ex-pats she spoke to also felt the same way - not quite at home in their new surroundings and something of a stranger in their homeland.

She resolved to create a series, which was launched in 2020, reflecting that feeling and started taking pictures of famous Irish landmarks that were of personal significance to her while on a trip back home last October.

A mounting workload meant that the project was temporarily moved to the backburners until COVID-19 altered plans and gave Keegan ample time to work on the series, named Abhaile (Irish for home).

She set about seamlessly blending the shots she took in Ireland last October with pictures she had taken in iconic locations in Toronto and New York City, spending hours every day on Photoshop to perfect the images.

The result was a flawless juxtaposition of some of Ireland's most famous monuments with renowned North American locations in Toronto and New York.

One image, for instance, includes an image of Lynott Pub, a tiny traditional Irish pub on Achill Island, placed slap bang in the middle of Times Square in New York City.

The image is a complete contrast between the quiet life of rural Ireland and the cacophony of noise at the epicenter of the Big Apple, demonstrating the two worlds that Irish immigrants often find themselves stuck between. 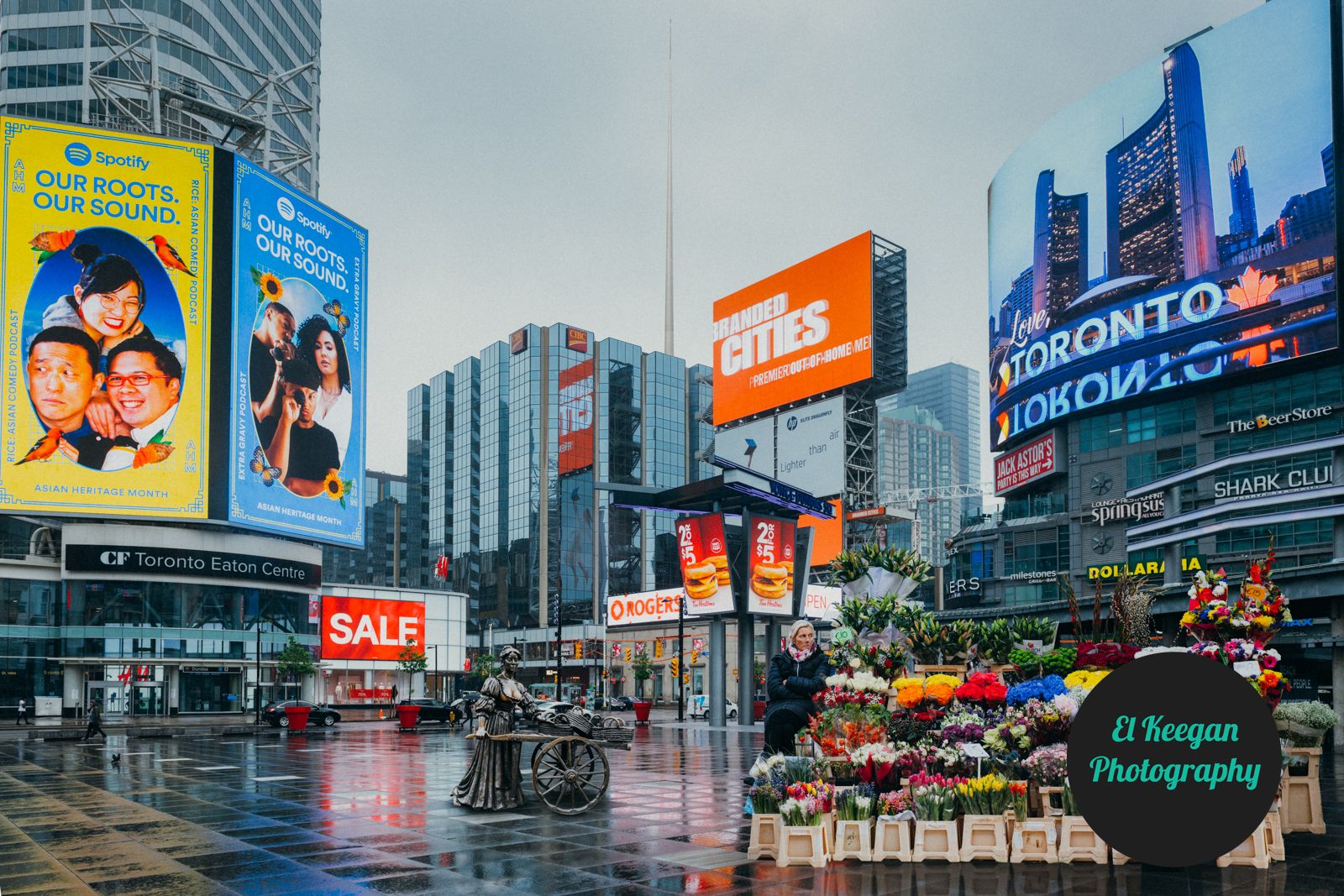 The images may be relatable to many Irish immigrants, but the monuments all bear deeply personal significance for Keegan.

"It’s like a love letter to my Ireland. I grew up in Dublin and we’d have these meeting spots growing up. And everything had its own unique history," she told IrishCentral.

"They’re not just meaningless monuments to me. They’re like my own entire history."

The images from Achill Island, like Lynott Pub and the native sheep on the island, are also poignant for Keegan since she used to travel to the island almost every summer for her family vacations.

Keegan is the youngest of four siblings, all of whom have emigrated out of Ireland, and she said that the project has taken on a different meaning since the COVID-19 pandemic broke out and prevented Irish ex-pats from returning home and visiting their family.

"It’s been so hard. I know that I have family in Australia in New Zealand who are safe but there’s nobody left to look after my parents at home. I was doing everything I could for them," she said. "I had my best friend back home doing grocery shopping for my mom and I had An Post checking in on my dad, but I still felt powerless.

"It’s something else being away from home normally, but when you’re boxed out of home, it’s completely different again. It’s so awful and it’s been really difficult."

The photographer misses home, but she knows that she can't return to Ireland because job prospects simply aren't good enough there. If she did return home, she would probably have to go back to Canada in a year or two, she said.

That homesickness has helped to foster a feeling that she will never truly belong in Toronto like she did in Ireland.

"That sense of home evolves over time. The longer I stay here, the more Ireland isn’t really home anymore. But I can’t fully settle here because I miss home so much," she said.

That feeling inspired Keegan to create her touching new series and it has already been picked up by Tourism Ireland in Canada.

Abhaile launched on Keegan's website on Thursday, July 2,  2020. She said "For me, it was about creating these tangible pieces of art that so many ex-pats around the world could hang on their wall."