The Reforming American Immigration for a Strong Economy Act (the Raise Act) is the work of two Republican senators, Tom Cotton from Arkansas, and David Perdue from Georgia. 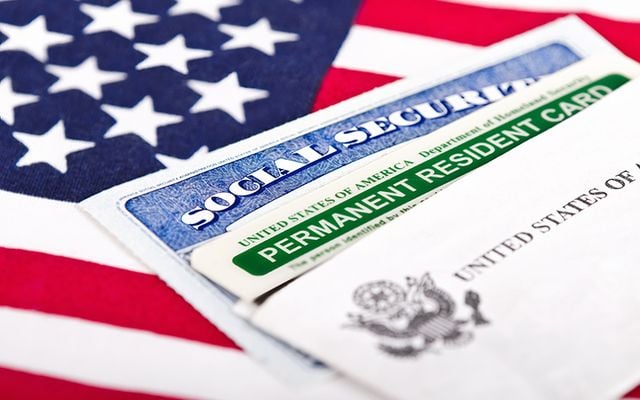 Irish green card numbers could be lowered by the Reforming American Immigration for a Strong Economy Act. iStock

America a nation of immigrants? Yes, but not so many as before.

With something approaching a glaring absence of irony, the White House, as part of “American Dream Week,” was the venue Wednesday for the unveiling of a Senate immigration bill that, if it becomes law, put a stop to many dreams of America around the world, in Ireland included.

The Reforming American Immigration for a Strong Economy Act (the Raise Act) is the work of two Republican senators, Tom Cotton from Arkansas, and David Perdue from Georgia.

Their bill, as it states in its opening lines, is intended to “amend the Immigration and Nationality Act to eliminate the Diversity Visa Program, to limit the President’s discretion in setting the number of refugees admitted annually to the United States, to reduce the number of family-sponsored immigrants, to create a new nonimmigrant classification for the parents of adult United States citizens, and for other purposes.”

If enacted, the bill would not only drastically reduce the number of legal immigrants entering the United States each year but, in putting an end to the annual Diversity Visa lottery, drive a dagger into the one program that allows Irish applicants the semblance of a non-conditional application process when applying for legal entry to the United States.

According to the White House website, President Trump introduced the act, “which will address our current outdated immigration system which fails to meet the diverse needs of our economy.”

It further stated that Senators Cotton and Perdue would be joining the president to introduce a measure “aimed at creating a skills-based immigration system that will make America more competitive, raise wages for American workers, and create jobs.”

This presentation was followed by the line, “Americans deserve a raise.”

At first glance the bill, S.354 by its official designation, would appear to be an embracing of an immigration system more akin to the merit-based one that Canada uses, this as opposed to the family reunification model that the U.S. has used since the 1965 reform act did away with national quotas.

As such, the Raise Act could meet the definition of comprehensive immigration reform, but not of the kind supported by both Democrats and Republicans in recent years that would have included provisions providing relief for the undocumented and illegal.

The Raise Act, by contrast, looks to the years ahead and envisages far fewer immigrants, legal and illegal.

Cotton and Perdue, according to a Washington Post report, have been working with the Trump administration to refine a bill they first introduced in February, one that aims to cut immigration by half from the current level of more than one million green cards per year.

Stated the Post report: “The legislation would mark a major shift in U.S immigration laws, which over the past half century have permitted a growing number of immigrants to come to the country to work or join relatives.

“To achieve the reductions, Cotton and Perdue are taking aim at green cards for extended family members of U.S. citizens and legal permanent residents, including grown children, grandparents and siblings. Minor children and spouses would still be allowed to apply for green cards.”

Cotton and Perdue also have in their sights the diversity program, which allocates 50,000 visas a year to countries that secure green card under a specified ceiling.

The diversity visa lottery has been a solitary banker for the Irish over the last three decades, though a very modest one.

In a typical year, Irish applicants might secure only a couple of hundred diversity lottery green cards.

By way of example, a mere sixteen applicants from Northern Ireland have secured green cards for 2018 under the program, while the total for the Republic is just 123.

According to the Washington Post report, the Raise Act is expected to face “fierce resistance from congressional Democrats and immigrant rights groups” and could face opposition from business leaders and some moderate Republicans in states with large immigrant populations.

Regardless of what transpires in the weeks and months ahead, the future of immigration in America looks like it has entered into a debate that could potentially lead to the most profound changes in half a century.